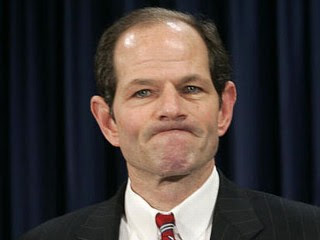 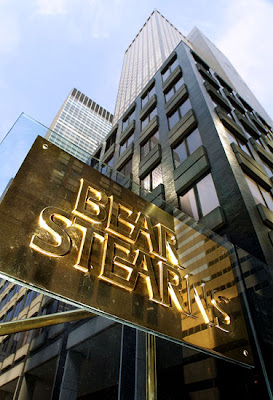 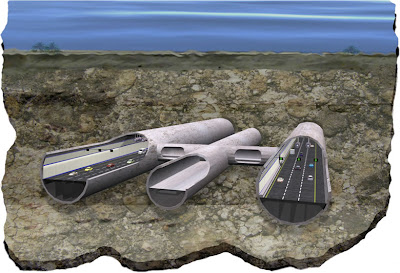 Gov Spitzer was busted as "Client #9' at an exclusive "Emperor's Club" - a name suggesting a sexual services business for 'emperors' (government officials) - though with precious little attention on any other clients.

Such timing, together with the Pentagon's continuing defferrence to an outmodeled, doctrine against any new urban freeway capacity, suggests a plausible reason that transport subversion emanates from the political pyramid's highest levels...

A funny thing happened on the way to the Cross Sound Link.

Actually, two things happened almost simultaneously in March. One was about greed and the other involved lust.

Both the investment bank and Spitzer had figured in an audacious plan to build the Cross Sound Link, a $10 billion (or more) vehicular tunnel that would travel 16 miles under the Long Island Sound, linking the eastern end of Long Island with Westchester County at Interstates 95 and 287 in Rye. Bear Stearns was going to float the bonds and sell the stock necessary to pay for the project while Spitzer supposedly was going to grease the political machinery to move the project through the approval process, according to the developer, Vincent Polimeni.


"Everything stopped when Spitzer had the disaster, coupled together the same week with Bear Stearns, who were obviously the people who were going to be funding the whole thing and spearheading it," Polimeni told me. "So, I'm retrenching."

Polimeni said the Spitzer sex scandal probably set him back at least two months because Spitzer, with whom he had met, understood the tunnel proposal and was at least willing to take the first steps needed to tests its merits. Now, he said, he'll have to explain the idea to the new governor, David Paterson.

"I know him," Polimeni said of Paterson. "I know all these people and I wanted the dust to settle before I got him into the loop. We'll try to set up a meeting with his people next month, to bring them up to speed with the tunnel.

"I think he'll be completely for it."

Polimeni said he was shocked when he heard the news of the Bear Stearns debacle and the axing of his contacts there. But he remained undaunted because he knew that the high-powered people who were key players in the Cross Sound Link would eventually be recruited by other firms.
Posted by Douglas Andrew Willinger at 11:06 PM

Hi Douglas, great blog! I wanted to get your insight into a local DC transportation issue, off the record. If possible, could you email me at mts826@hotmail.com ? Thanks and keep up the great work