What is wrong with the Pentagon? 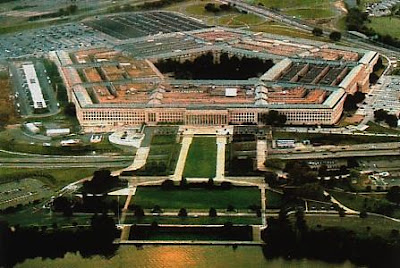 Highways and Railways are vitally important as lifelines of commerce and movement, with the U.S. Interstate Highway Act of 1956 establishing the network for purposes of DEFENSE

So what gives with the Pentagon's utter indifference for the nation's transportation corridors, and disregard of the principle of evacuation routes, undermined by the political dynamics of political scandal as distraction

Following September 11, 2001, lip service was given to the idea of improving evacuation route capacity, yet whatever happened even with the overly modest idea of a railway only tunnel connecting Brooklyn with New Jersey, let alone the more reaching, and ultimately multi-model Cross Sound Tunnel connecting Long Island Rt 135with Westchester's I-287 with supplementary rail?

Whatever happened to the post 911 idea of additional likely to be targeted areas evacuation route capacity?
http://cos-mobile.blogspot.com/2007/10/whatever-happened-to-idea-of-additional.html

The Story of the blog "Commuter Outrage"
http://cos-mobile.blogspot.com/2009/12/commuter-outrage-rip.html
Posted by Douglas Andrew Willinger at 2:55 AM