Going Below- Big Roads Below 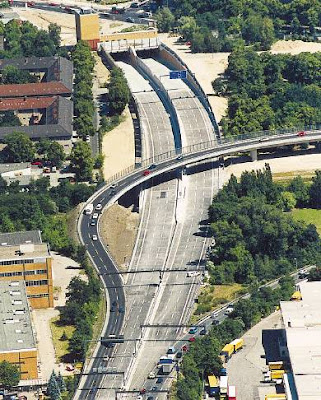 Going below for highway design is to place the highway below ground by any of a number of methods to ultimately preserve the land above for other uses, including: 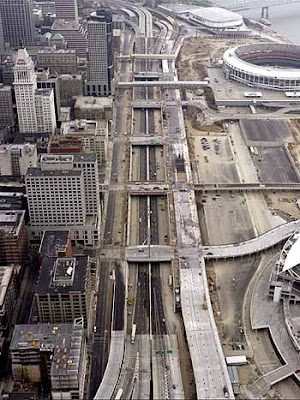 cut and cover highways covered as a part of the same project that created the cut:

"The plans to extend Berlin's inner motorway ring from Tempelhof to Neukölln date back to the 1960s. They failed because of the considerable strain this stretch, which was planned as an open section at that time, would have placed on the neighbouring residential areas. In 1987 a decision was taken in favour of the shortest and most purpose-specific option: a 1.7 kilometre tunnel."

a key link in Sydney's orbital motorway network, connecting the Gore Hill Freeway with the M2. It will result in quicker journey times between the city and Sydney's north west. The project was approved by the Ministry for Planning in December 2002. 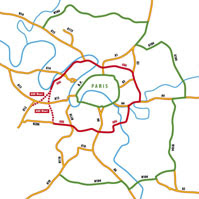 Single Level for Mixed Traffic with vertical clearance for trucks

Double Level for automobiles and vans under 2 meters in height

The A86 West is the missing link of the "greater ring road", and is underground. 80% of the 78 kms are already completed. " 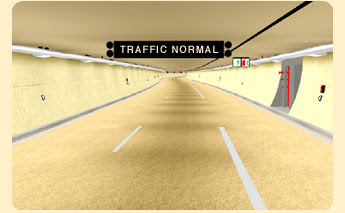 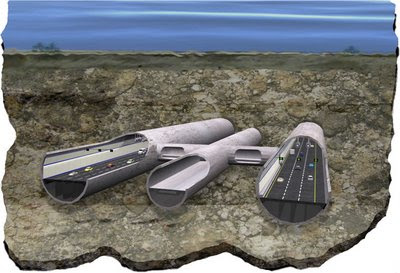 Posted by Douglas Andrew Willinger at 2:37 AM

Holy claustrophobia, Batman! I'd hate to be in one of those tubes of the roof collapsed... they'd never find me.

Also true with anything with a ceiling- such as buildings!