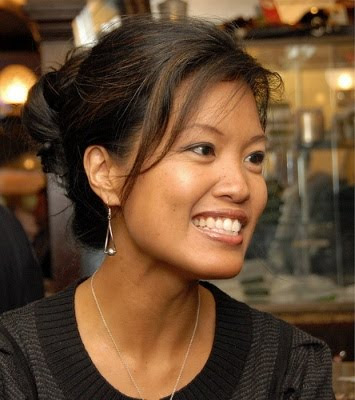 As if the bidding process for the constrution contracts were a topic unworthy of mention, as she places the blame on 'unions' while defining broad civic benifit as unworthy of mention. M Malkin is a useful tool for the powers that be to have us expect less from our government, beyond more wars and more corruption.

Far worthier things written about Boston's CA/T Project are found on the internet, such as this:

I hate to bust a lot of bubbles in this foam about Charlie Baker and the Big Dig, but I was chronicling the Big Dig for a WGBH documentary series and then Directed a CPB Internet experiment in video narrow casting about it from 1990-1997.

My recollection goes like this-on camera everyone (Democrats and Republicans) said one thing regarding the cost and on occasion when the camera was still on and they didn't know it, they might say a few other things regarding the cost. And the estimates climbed every year. Basically it was a love fest and they were all giddy over 80%-92% federal money for each part of the work, the Democrats who were feeding the unions and the Republicans who were stuffing their fat cat contractor buddies and the owners of the utilities and communications companies.

Anyone who has driven anywhere outside of Massachusetts and anyone who ever sat in lines on the Tobin Bridge or coming from the south or west to Logan knows exactly why they were giddy-everyone else in the USA had gotten their share of federal highway dollars over the years and Massachusetts was finally getting in on the federal bucks. Meantime the Republicans were using the Dig to lay groundwork to break up the Turnpike patronage haven and the Democrats were getting political mileage for every cost overrun by Bechtel.

Clearly I have a bias from living on the North Shore. I think only two mistakes in addition to the shoddy work approvals that cost at least one life were made:

1. The whole Big Dig probably would have cost a lot less if we had shut down portions of Boston for 3 to 6 months and excavated the tunnels under the city, relocating utilities as needed. Of course that would have really POed the businesses, the residents, the contractors, the skilled building unions, the police detail unions and would not have stuffed any political pockets, so stupid me for even mentioning it.

2. Charlie Baker and Jim Kerasiotes should have submitted the required documentation to the Feds to put tolls on 93 north of the city and 93 south of the city as required by the feds before final project finance approval. Then, like New York, every major artery would have a toll into the city and the Commonwealth's portion of the Big Dig would have been paid for by people using the new highway system daily. Instead, money to cover the state's portion of the expenses has been sucked from every from bridge and pothole while the people south of Boston still turn their noses up at the commuter rail. If every commuter into Boston (93 N, 93S, Turnpike extension East and maybe even Storrow Drive east was paying $3.50 a day like we do on the Tobin Bridge or in the Ted Williams Tunnel, the Dig would have been paid off without burdening anyone's grandchildren.

So, Charlie Baker made some BIG Big Dig mistakes and he had lots of company, very strange bedfellows and was typically Republican in the process-taking care of the Fat Cat contractors and not caring if the ceiling falls on Marie's h - Dale Orlando

As well as this:

Like any historical counterfactual, a definitive answer is impossible. However, much could be revealed through a detailed case study. What delays were avoidable? What complications did the engineers overlook? Is there any evidence cost estimates were deliberately manipulated? Should the partnership between the Turnpike Authority and Bechtel/Parsons Brinkerhoff been differently designed to improve accountability? Could the project’s 144 separate construction contracts have been written differently? Were Federal highway standards or environmental laws responsible for excessive costs? In short, could changes to the underlying public policy structure have resulted in different costs and construction time? To my knowledge, these questions have not been deeply examined by scholars. If any readers are aware of studies, please post them below.

The result may not be nefarious scheming by greedy contractors. In fact, scholar Bent Flyvbjerg has argued major causes of cost overruns are systematic under-estimation of costs due to political pressure, and a failure to properly account for the inevitable risks that occur as a result of the complexity of megaprojects.

Far from a matter of historical interest, the high cost of transportation infrastructure is a pressing policy issue in a state currently spending $3 billion re-build bridges and planning an extension of the city’s Green Line, among other proposed projects. The high cost of transportation projects was raised recently on an email list operated by the Somerville Transportation Equity Partnership, in a thread grousing about the $600,000 price for a bike cage and high cost estimates for the Green Line extension. The issue provoked a rare response from the Commonwealth’s Secretary of Transportation Jeffrey Mullan himself, who denied the costs were inflated or the bidding process is faulty. Although the message concedes “things cost a lot; unacceptably so sometimes,” the post omits any speculation as to why.

Perhaps one day the question will be subject to the scrutiny it deserves.- Rob Goodspeed

Indeed, I'll say, what about the fraternal order connections & featherbeading?
Posted by Douglas Andrew Willinger at 3:32 AM