The Boondoggle of the Westway Opposition

More controversy in N.Y. over 1.2 billion (1975 figure) 2.3 billion (1981 figure) Westway Highway Project than the continuing mega boondoggle of the drug war; for the sake of a mere $1.7 billion for mass transit out of $30 billion claimed by anti-Westway Straphangers Capaign 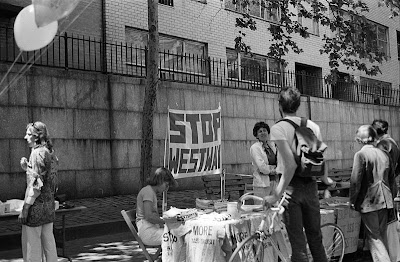 It was to replace Manhattan's geometrically obsolete elevated West Side Highway with a modern highway tunnel within new landfill; it was to have an outboard configuration, that was found to be the most cost effective via construct-ability, and would have provided the added benefit of extending Manhattan's streetgrid an additional block west - building upon a tradition of doing so dating back to the 1600s: providing new waterfront parkland and developable lots bring in revenue via the sales and perpetually via property taxes. 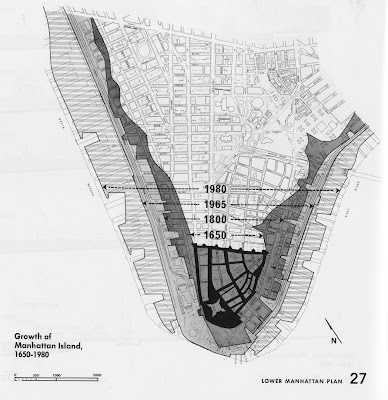 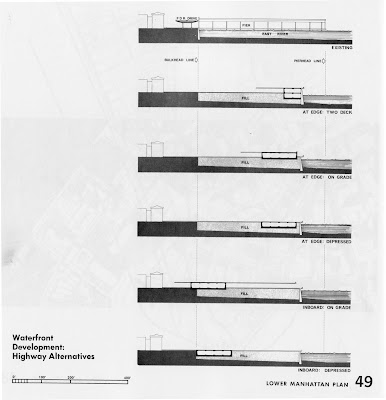 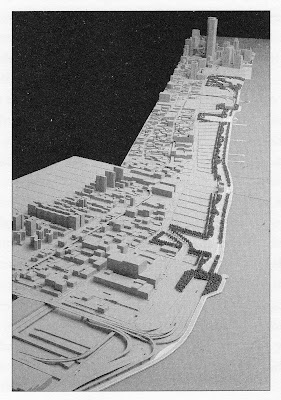 North of 29th Street, Westway would have been elevated upon the existing West Side Highway/12th Avenue right of way, sparing the existing docks northward alongside the Javits Convention Center to the vicinity of 57th Street, connecting north to the 9A Henry Hudson Parkway- with its I-478 interstate highway designation and mixed with truck traffic no further then 57th Street.

Westway was to be funded by the Federal government.

Westway would have maintained the traffic light free 3x3 mainline West Side Highway in the way best facilitating local-pedestrian access to the waterfront, of a tunnelway. Though further facilitating likewise the further densification of Manhattan -- think about the many new condos, many with their own new private automobiles -- Westway would merely maintain the existing 3/3 configuration, with extra pavement only for ramp access, safety shoulders and bringing the lanes to the 12 foot standard to ease truck traffic.

Other cities have adopted this general concept of enclosing riverfront freeways into enclosed tunnels and free up the space above for waterfront pedestrian access.

So one might ask- how did Westway get so villified?
Posted by Douglas Andrew Willinger at 12:01 AM

------------------------------
<<....I would say that the appearance of the ecological movement in German politics since the Seventies, while perhaps not having the windows wide opened, however, has been and remains a cry that longs to fresh air, a cry that can not be ignored or set aside, because there is sees too much irrationality. Young people had realized that in our relationship with nature there is something wrong, that matter is not just a material for our action, but the earth itself brings with it its own dignity and we must follow the its indications.....>>
---------------------------