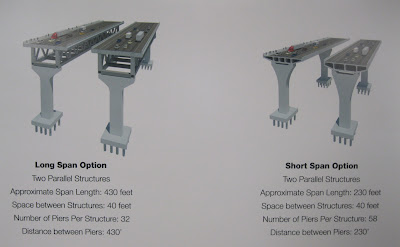 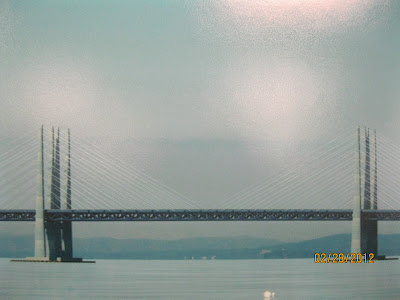 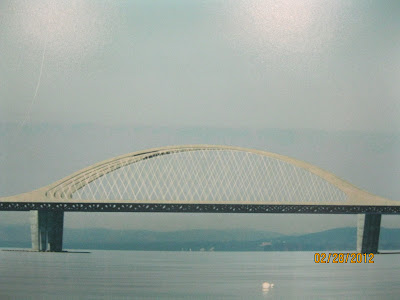 According to what I was told at the February 28, 2012 public meeting for NYSDOT's Tappan Zee Bridge Replacement Project, it will not preclude adding a separate transitway, with options to place it upon a separate parallel span, or attached between the new twinned spans.

When I asked about how the transitioning of the transitway to one side of I-87/I-287 (as it would not be in the median), I was told it could be suspended below. That would avoid a lengthy transition in the median. But that left a new unanswered question that since the renderings showed the monodeck being somewhat lower than the double deck, then would not the mono deck need then be raised highway to maintain the same clearance for river traffic. I was told that the double-deck would cost $200 million more, while providing space for at least two sets of twin tracks for separate commuter and freight train cars, which may well be less expensive than affixing a railway suspended between the spans with capacity for only a single set of tracks. 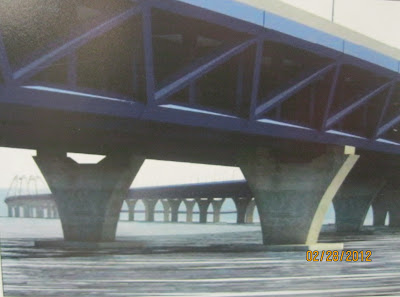 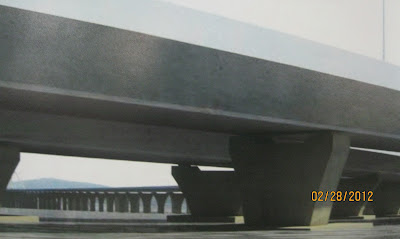 It appears that NYSDOT is about to go with the option providing LESS transit capacity yet at a potentially greater cost? Would have the George Washington and Verrazano Narrows Bridges been better values if not designed with lower decks?

NYSDOT must release plans that show the full approaches to these lower level decks, with the construction of this segment included in this project, whether or not the connecting transit segments are included, or deferred to a future project.

Groups stating their support for transportation including transit must demand the project to include the lower deck
Posted by Douglas Andrew Willinger at 11:52 PM