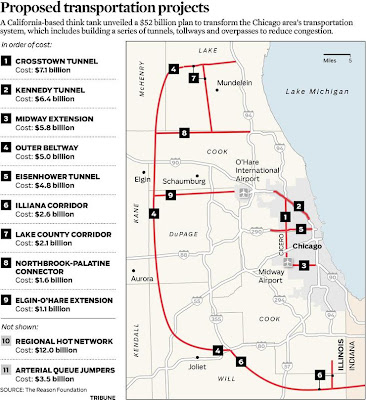 
Would construct new highways, some in tunnelways, to be paid by tolls.

Is criticized by those favoring transit, who themselves are guilty of ignoring highways.

Needs to be coordinated with the existing grid, including upgrading the downtown approaches to and including the Circle Interchange 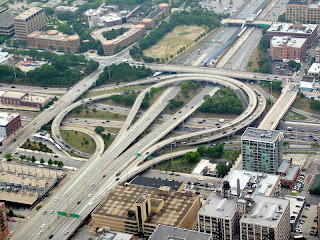