Autombile Enthusiasts Need To SAVE Off Street Parking Requirements

Read about guys as this who look for older automobiles to save. 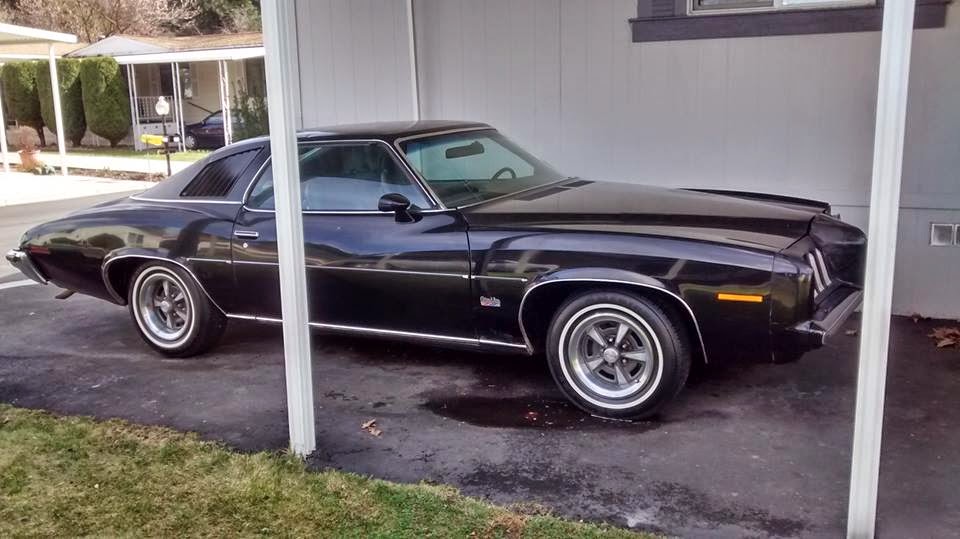 Every older automobile that was saved had a home- namely an off street parking space of some type.  Preferably indoor, and preferably affordable.

Think of all of the older such autombiles that were tucked away in garages.

Or even in parking lots.

Generally within some residential development, whether freestanding house, some garden apartment, townhouse or larger apartment.

Look at the paring that was provided in such developments.  And thank God for the polices of building such parking.  Just imagine how many fewer survivors there would have been without the off street parking that have served as their homes.

And consider how this is under attack.

There is this recently crafted land use movement, generally calling itself 'smart growth' or 'new urbanist'.  It claims to be pro people, and favors better accomdations for pedestrians and cyclists.

Yet it is strongly anti automobile, and weirdly anti freeway, given how the latter provide alternative routes away from the surface streets with their pedestrians and cyclists.

It has people who have a grudge against autombiles, particularly those belonging to other people, as such types generally  refrain from not owning or using one or more themselves.

Two examples of such transgressors are David Alpert and his web site Greater Greater Washington, and Marc Gordon of his web site Streetsblog.

Both are on a major mission to get authorities to reduce or eliminate parking minimums that require developers to include off street parking within their residential projects.

Peruse such sites to see this for yourself.


Read about such activities by David Alpert/Greater Greater Washington here

Alpert’s position in the fracas, though, was somewhat unique. Where most Washingtonians tend to kvetch about how difficult it is to snag a street spot, Alpert wanted less parking, not more. Back in 2008, as the District’s Zoning Commission started work on a comprehensive rewrite, Alpert embraced the idea of decreasing the number of parking spots required for new developments.

“That was my first exposure to the antis,” Alpert says, employing his general label for people who oppose change on principle. “Because I went to these meetings, and there were these people, like Barbara Zartman from the Committee of 100. She was there to fight hard for keeping the zoning the way it was, basically, against the efforts of the Office of Planning to upset the apple cart of these prohibitions on lots of things.”

Alpert took to the blog he had started earlier that year, Greater Greater Washington, to launch his counterintuitive counteroffensive. For 10 days, he posted one reason per day why parking minimums were bad: They make housing more expensive and render good commercial development projects unfeasible, he argued. They increase traffic. They’re a reason, in other words, that locals pay so much in rent, have so few places to shop, and spend so much time in traffic.

But as a July hearing on the subject approached, Alpert knew that making reasoned online arguments wouldn’t be enough. “What I was telling people was, we really need to get people to go, there’s going to be a lot of antis there, they’re really organized, they’ve got all these groups,” Alpert remembers. “And maybe our best hope is just to get enough people there so that the Zoning Commission sees that there are two sides to it, and then maybe they’ll be OK approving it.”

Sure enough, 24 advocates showed up to testify in favor of the zoning change, speaking far into the night. Only a handful came to oppose it. And the measure—a sharp blow to the District’s auto-friendly status quo—passed. 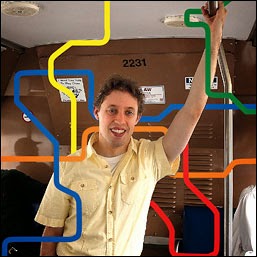 For the record David Alpert reportedly lives near DuPont Circle where he owns and keeps his own private automobile.  If that's true, he is a hypocrite, and has likely adopted this anti off street parking ideology in order to get the sort of mass coverage from corrupt media organs as The City Paper and The Washington Post that are all behaving as beholden to some elite coven that one must agree to such fallacies in order to gain acceptance.   Its the sort of dogma as 'new new roads' which really means no new freeways, as the most need ones would pass through the areas of the wealthiest and most overly influential, such as those on the north shore of Long Island opposed to any bridges or even tunnel crossings of Long Island Sound.


Nosh1- Alpert and his followers are tiresome in their lectures on how people should live, that personal vehicles in the District are unneeded luxuries, especially if you live near metro stops, regardless if you have families, jobs outside the District etc. His hypocrisy really shows through as this childless, formally retired individual lives in a multi-million dollar town-home mere steps from the Dupont circle metro stop, yet he himself has his own personal vehicle.


This campaign against parking minimums is indeed something being pushed by a well funded array of organizations, and promoted in numerous publications, as obvious from a simple goggle search of the term 'parking minimums':


In a nutshell, they claim that providing parking makes dwellings less affordable, never-mind the dynamics of it being more like getting people to settle for a smaller and smaller piece of the pie, with no guarantee of a lower price.

Nor is there any mention of the flexibility of having the extra space.

For instance the ability to store one or more automobiles, and/or storage bins for extra personal property, nor the ability to rent out such space if one so choose to do so.

If it were more about making a dwelling more affordable than simply increasing the short term profits of the developer by inducing people to settle for, why are not these factors even mentioned in all of this discussion about eliminating parking necessarily making a dwelling less expensive?  Including parking within a building's substructure is certainly no less expensive than at the time of the initial construction

There are plenty of apartment units in Manhattan that are continually subdivided, while the price per square foot remains high.

If such had been built with greater space, including underground parking, each building would have cost more, but the expense would be amortized.

With the extra parking/storage space, there's greater flexibility to provide different sized apartments for different sized dwelling populations, thus fewer units need not necessarily result in fewer people, as there would be more families who tend to move to suburbia in part due to the lack of spaciousness.  Even upon a basis of numbers of living units, the desire to live close in could have been better met by continuing the denser development patterns for a greater area, with ample rail and bus transit and mixed use to mitigate automobile travel demand, while providing the freeways generally at the periphery of urban neighborhoods for efficient longer distance automobile travel.

Contrary to Alpert, it is not a zero sum game with extra automobile traffic with good mixed use urban design that reduces the need to use one's own automobile, while still allowing the option for city dwellers to maintain such for more occasional use.  Nor does even this more occasional such automobile use have to mean the level of auto-pedestrian conflict that we see with common urban garage entryway designs.  As earlier urban designs placed cart-ways via rearward alleys, new designs could combine that concept with street located center loader ramps that eliminate the vehicular-pedestrian conflict.

Of course all of this is least expensive when included within a building's design initially.

What Alpert and company are doing is working to eliminate parking requirements so that developers can simply make greater initial profits, and providing parking becomes more expensive and hence less practical and less likely.

Providing parking spaces will naturally be costlier in denser developed more urbanized areas, due to higher land prices, and that of excavation over above ground structures.

However, the anti off street parking movement will work to expand that to less dense areas, and should be viewed as a threat to the automobile hobby.

No longer will as many people have an off street spot or few to store older automobiles, thus encouraging many to scrap such autos, rather than keep them for the benefit of future generations.

With fewer off street spaces are fewer opportunities to use such, including that of renting spaces in urban areas at greater cost, and that in suburban and rural areas at a reduced cost- particularly useful for less expensive space for longer term, infrequently accessed storage.

One thing that people can do is boycott such developments that fail to include off street parking, particularly with projects built from the ground up where there as the opportunity for including it within the substructure, and those in more suburban areas, where developers attempt to get over upon buyers with marketing such as more 'urban' rather than just more greedy.

Another thing is to keep an eye upon the strongly out of balance anti-automobile perspective of Streetsblog.

It has numerous posts about what it terms "parking craters" in numerous cities, where one could make a case for increasing density, even eliminating some parking capacity by replacing lots for new buildings, while recoiling in horror at Streetsblog's concurrent support for eliminating relatively rare parking facilities within Manhattan for yet more of what is already common there- residential buildings.

Likewise, Streetsblog celebrates actions done in the Netherlands to make urban streets more pedestrian friendly by slowing down vehicular traffic, citing an article from there that notes the need for different approaches to road design for urban streets and freeways.  Yet Streetsblog will cite that with a tone that implies that the approach for freeways and rural highways, such as rumble strips and break away fixtures that forgive errant motorists are somehow wrongheaded- never-mind the Netherlands article making no such claim.

One merely has to listen to Streetsblog founder Marc Gordon.

His mission is not to simply make things better for pedestrians and cyclists.

It is to make it more difficult for people to use an automobile.

And as may be expected by logical extension, to own and keep automobiles.

It is as if they serve an elite.  One that prefers that fewer people have automobiles.  One perhaps heavy upon wealthy DNC funders who live in the apartment towers facing the lower two thirds of Manhattan's Central Park.  And which has little or no love for the automobile hobby.

Indeed, given the poor state of the economy, should not the political powers that be be somewhat more interested in creating jobs, particularly in the vast chasm between manufacturing and low level service jobs?

Consider the potential for job creation by stimulating the demand for restoration work.

Whether old houses, airplanes, boats, and of course automobiles.

Rather then have people keep money locked away in tax free IRA to the degree that they do, allow people the option of tax free withdrawals if the money is spent upon restoration projects.  That would create jobs, stimulate the economy with more people with work and thus money, while allowing people to maintain their equity.

With automobiles being the physically smallest of such items, so called excess off street parking becomes an important pillar of this added economic stimulus.

Eliminating off street parking requirements would only discourage such by requiring people to spend considerably more money renting such space elsewhere, denying them the cost savings if such space were included initially, for the sake of increased short term developer profits.

Posted by Douglas Andrew Willinger at 12:44 AM