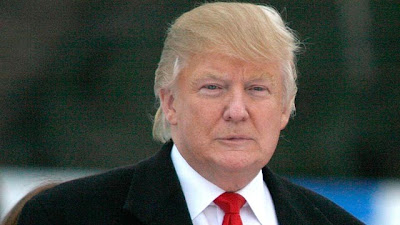 The U.S. is vital to the Western World, yet is being seriously undermined by its Infrastructure Paralysis

Vital to the U.S. are its major cities, particularly Washington D.C. and New York.

We need to recognize it- improve the infrastructure particularly the roads.

Yes roads, including railroads and not excluding roads- that is not excluding grade separated highways. We need both. Screw this adversarial shit.

We need to improve the northeastern railroad corridor between Boston and Washington D.C., increasing speeds at least by an additional 75 to 100 mph for 150-220 mph train service better connecting the Boston-New York-Philadelphia-Baltimore-Washington, D.C. super-region, relieving our airports of much of the super shuttle New York to Washington, D.C. flights, and freeing up space for longer flights, while reducing the emissions of higher altitude CO2 emissions to lower level emissions from whatever we burn to generate the electricity, assuming we don’t use some form of nuclear, hydro-power or a better value bio-fuel as Hemp or Algae.

We need to fix the Washington, D.C. interstate highway system- shit if they object, make ‘em a state to justify calling these ‘interstate’ highways- done in a more updated, environmentally friendly way with the maximum use of existing cleared corridors and a heavy use of tunnels or ‘cover-ways’. Just look at my prototype alongside my towers beneath the recently under construction Riverside Drive southern extension. That proves the lie that freeways don’t belong in cities; rather we need more, done in this fashion, as tunnel beneath surface roads. Forcing all of the vehicular traffic upon a single grade is so suburban – thing of ranch houses – and how the now trendy doctrinaire stance against urban freeways pushed through such Jesuitical entities as the “Congress on New Urbanism” which can’t even describe the semi-underground Route 34 Freeway stub in New haven, CT correctly, was applied frequently against urban railroads particularly prior to the project constructing the current Grand Central Terminal in Manhattan, N.Y. and covering over its yards to the rear with new development that ranks amongst the city’s most prestigious area. We can smoothly glide I-95 inside the Beltway as God intended by the conveniently located electrical power transmission line corridor some 250 feet already in width to a cut and cover reconstruction of the Washington D.C. Red Line Northern Railroad, into the proposed Grand Arc as proposed in that feisty Washington, D.C. freeways blog, “A Trip Within The Beltway”, silently alongside Catholic University of America, just as the future West Side Highway Tunnel shall pass quietly beneath Riverside Drive next to my towers, protecting their property values as any such spectacular area must mandate. A Washington, D.C. “Big Dig” -- really no more a discredited *concept* than anything else constructed under shoddy, good old boys’ club (fraternity order) no bid contracting! --  is imperative. Are the new urbainist types who pretend that highway don’t matter, and that an otherwise multilayered urban environment can not possibly extend to grade separation for vehicles (and don’t give a sh*t about road design such as that blinders-wearing 'guru' Jane Jacobs who would rather that highways be environmentally invasive) , would all be okay with such shoody contracting and constructing for light rail and transit oriented real estate development. Jeez.

So are major improvements in and around New York City.

First and foremost (asides from the northeastern corridor high speed rail passing through the area), we NEED that tunnel, the Cross Sound Tunnel, connecting Long Island and Westchester and I-287, proposed by developer since about 2005, and providing the first new link to the island since the completion of the Throgs Neck Bridge in 1961- a fire beneath its mainland bound island onramp in 2009 attesting to the serious need for at additional crossings to and from Long Island, at least to Westchester I-287 and at least an additional crossing to Connecticut, plus one tunneled via the existing LIRR Bay Ridge railroad right of way as an encased tunnelway – existing neighborhoods must have these new highways as ‘cover-ways’ as should places like Catholic University of America and my west side towers – to a new tunnel crossing beneath New York Bay bypassing Staten Island and connecting to I-78 in New Jersey hence way better connecting Newark and JFK airports.

The Cross Sound Tunnel proposal makes perfect sense environmentally. It a deep drilled design, meaning no continuous surface disruption as drilled deep underground, with the plan being for the cut and cover approaches to be constructed with a staging of the lid or roof early during the excavation, minimizing the visible construction footprint while bringing early the benefits of the new parkland. Initially proposed as a triple tube , the center for maintenance and emergency access, it was subsequently proposed with an enlarged center tube to accommodate a potential railway. Indeed its so environmentally sensible that it wastefully diverts to the east of Oyster Bay increasing the length and hence the costs for no apparent reason other than perhaps an overly powerful entity and or interests where a drilled tunnel is insufficient. No period, just as was said in the years leading up to 1973 when Gov. Rockefellor crumbled on the Robert /Moses proposed Cross Sound Bridge.

The Cross Sound Tunnel was about to receive the public endorsement of NY Governor Elliot Spitzer with the announcement of a financing deal with Bear Sterns- read about it in the LI Real Estate Journal. It appears that this was topped by that silly sex scandal they used as the reason or lets be extra frank- excuse they used to stop the tunnel- jesus he was client number nine at an outfit called the ‘emperor’s club’ yet what did we ever get to hear about clients one through eight, and ten?!

What a scam. We need to investigate who were the – lets be extra frank again – assholes, stopping a seriously needed and environmentally friendly transportation link as this. Think about it, anywhere, people had to experience surface road construction, or if tunnel, still much surface disruption during the construction, at least in spots anyway. Here the project is virtually entirely drilled deep moled without the surface disruption. Yet these self indulgent wealthy assholes get to block that- even when weirdly routed out of the way?

Likewise with the neglect of our existing antiquated arterial net as the northern connections into and through the City, the Brooklyn Queens, Major Deegan and Bruckner-Sheridan Expressways.

If I were Governor or President I would do everything to bring these highways up to spec, with full 12 foot lanes, shoulders and some improvement design-wise with the tunnel- just look at the future West Side Highway Tunnel beneath Riverfront Drive alongside – towers. The BQE needs that tunnel recently proposed and now dropped hopefully as a political slant to attract Obama’s attention for some funds.

The Kosciezko Bridge replacement is good though is shy at least a lane or two in each direction, and greater mitigation on the form of covering the BQE is mandated in neighborhoods such as Williamsburg.

And we need to improve the roads to the north, including the lack of a “subway” line to the terminals at LaGuardia Airport; improve the approaches to the Triborough/”RFK” and in the Bronx.

Do something way more useful in this decade for the Bronx and areas within as Mott Haven- that waterfront industrial wastelands area south of Yankee Stadium has tremendous potential with the Deegan Expressway in a new Cincinnati Fort Washington Way open roof tunnel with the roof being concurrent and future real parkland and or real estate development along a waterfront that become more than a localized enclave rather than one such hemmed in by the existing inadequate and divisive 6 lane 1939 vintage spec Triborough approach/Deegan.

Likewise we should ultimately do something about the elevated Bruckner; perhaps underground its northbound direction while maintaining its monumental through the windshield vista southbound upon a prettier viaduct. Also we need a more elegant solution connecting with the Sheridan with air rights development alongside a restored Bronx Riverfront. Ultimately they should extend the Sheridan along or even under 177th Street to connect with the Bronx River Parkway with an extension as once planned to CoOp City, though with much of it encased in cover-way to protect the adjacent neighborhoods and land values. Likewise and more into the future, such an approach could be used for an expressway along and beneath the Bronx River Parkway corridor connecting to a Mt Vernon east-west arterial and ultimately I-87 with a design solution providing greater useable park-space.

But more immediately, we do that we need to uncork the I-95 bottleneck with the premature lane drop at the interchange with the Pelham Parkway by extending the 4th lane at least to the Hutchinson River Parkway with a longer merge lane, or further to Co-Op City, with some minor geometry work. Longer term should have any future work on the I-95 New England Thruway to eventually accommodate the additional lanes through New Rochelle, with the depressed segments further mitigated as cover-ways. Likewise with the Deegan, brought up to date with a minimum of 4 lanes in each direction through the Bronx, with the area around Fordham Avenue and further north particularly as cover-ways to better connect the area regionally and locally.

We need to relieve the Cross Bronx Expressway, starting with a new link connecting the Cross County Parkway via respectively short and long tunnels flanking a new Yonkers-Alpine New Jersey Bridge, with the latter long tunnel connecting to a northern extension of the New Jersey Turnpike

We likewise need to expand east-west rail connectivity- it would be criminal for NYSDOT to abide by building the replacement Tappan Zee without the lower deck featured in one of the two remaining official options under consideration.

Likewise we need additional capacity. To the north by twinning Bear Mountain Bridge with a set of drilled tunnels to supplement that hairy ride on the eastern side. To the south by the new Yonkers-Alpine Bridge, at least two new passenger railroad tunnels into midtown Manhattan, the 4th tube of the Lincoln Tunnel, at least two additional sets of parallel tubes to the Holland Tunnel, plus the new multi-model Cross Harbor I-287/I-78 Highway-Railway Tunnel connecting Brooklyn directly with New Jersey. This is all long overdue.

The political elites alas don’t give a shit, even after 911 which is exceptionally galling.

Look at how NY State officials botched and crumbled the idea of a West Side Highway Tunnel alongside the WTC which at should be designed at least to provide a seemless connection with the Brooklyn Battery and Battey Park Tunnels. Yet NYS DOT never came up with a truly such adequate proposal instead pushing these short assed shallow tunnels precluding a new downtown underground pedestrian concourse, now instead we get a “Freedom Tower” with a trade off of its 20 floors being essentially un-rented space.

Indeed, look how they folded on Westway during the 1980s.

Like it was all an excuse to distract the masses, showing the “progressives” and “environmentalists” as fools.

Likewise with “limited government”/”conservative assholes who identified the great waste of money as Westway but were okay with spending billions for that cigarette market protection racket of a drug war, prisons, courts, “treatment” and other assorted bullshit. ‘Fiscal conservative’ Lew Lerhman was such a Knights of Malta suck up assh*le.

Beware any politicians.  Whether, Knights of Malta, Opus Dei, Phi Crappa whatever college fraternity, or directly rather than indirectly Masonic, such as Al Sharpton, without understanding it as something than mere personal advancement.  It's not good to so neglect our infrastructure life-lines -- which is what roads are.