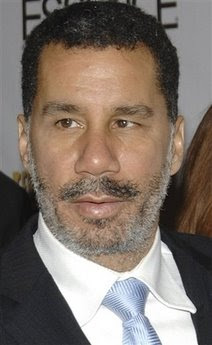 Gov. David A. Paterson added his support on Friday to the idea of charging drivers to enter the busiest sections of Manhattan, rescuing the controversial program from the brink of death by submitting a bill to the State Legislature to establish it.

The turnaround came after an impassioned pitch to the governor from Mayor Michael R. Bloomberg behind closed doors at City Hall on Wednesday, when Mr. Paterson privately expressed support for the proposal, city officials said. He warned the mayor that he first had to tell Assembly Speaker Sheldon Silver, who has shown little inclination to approve it, the officials said.

Mr. Paterson’s blessing, which came as Bloomberg aides have been furiously lobbying the city and state lawmakers whose approval is needed for the program, could prove crucial in making the proposal to charge most drivers $8 to enter the zone below 61st Street on weekdays a reality.

Congestion pricing addresses two urgent concerns of the residents of New York City and its suburbs: the need to reduce congestion on our streets and roads, and thereby reduce pollution, and the need to raise significant revenue for mass transit improvement,” Mr. Paterson said in a statement.

Winning the support of Mr. Paterson, who has far more experience and good will among state lawmakers than his predecessor, Eliot Spitzer, represents something of a coup for Mr. Bloomberg, who has made congestion pricing an important element of his second-term agenda. 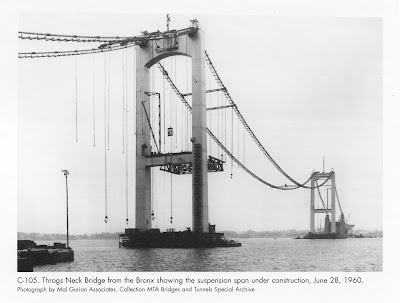 The Throgs Neck Bridge, which opened January 11, 1961, and which represents Long Island's only continuous modern interstate highway route to the mainland (via the Clearview Expressway to the Long Island Expressway) is in such poor shape that trucks are limited to using the middle lane in each direction with a 30 mph speed limit.

The Verazano Narrows Bridge, which opened November 21, 1964, with its lower deck opening June 28, 1969, represents Long Island's only other modern interstate highway route to the mainland (though without a continuous modern interstate highway route connection via the pre-WW2 spec Gowanus Expressway), and is the latest such structure constructed. Although it was to have a easterly connection via a proposed Cross Brooklyn Expressway that would connect to an Atlantic Expressway along the Sunrise 'highway' (surface street) corridor, that, along with every other planned but not yet built highway was canceled en-mass by then New York City Mayor Lindsey in 1969-71. A planned modern interstate highway bridge connecting Long Island's Route 135 to Westchester County's I-287 would be canceled in 1973, while a modern replacement for Manhattan's antiquated West Side Highway would be politically raped for appropriating its funds for non-highway subways by 1985.

Although 'conjestion' pricing funds shall come from vehicularists, who already have their toll monies so diverted, all we seem to hear about these funds being used is non-highway mass transit.

Obviously, this is sustained by a nexis of political money power largely centered around Manhattan's Central Park of people who exemplify a near total disregard of the importance of road infrastructure that we saw in the movie "The Day After Tomorrow" about a Manhattan flooded and frozen, with nothing coming into the city, yet no one seems to mind the lack of food.


AND EVERY BROOKLYN POLITICIAN WHO WILL SUPPORT A NEW TAX WILL PAY THE FULL
PRICE OF IT !!!

Since the $$ gets diverted, the conjestion tax is a total rip off to clear the space for the fewer and the wealthier.