Some Guidance For The 45th U.S. President on Transportation Infrastructure 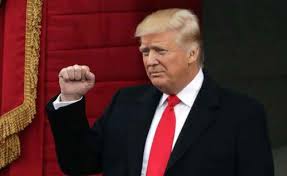 We will build new roads, and highways, and bridges, and airports, and tunnels, and railways all across our wonderful nation.....

Finally, we must think big and dream even bigger.

In America, we understand that a nation is only living as long as it is striving.

We will no longer accept politicians who are all talk and no action – constantly complaining but never doing anything about it.

The time for empty talk is over.

Now arrives the hour of action.

Do not let anyone tell you it cannot be done.  No challenge can match the heart and fight and spirit of America.

We will not fail. Our country will thrive and prosper again.


OK.  Let's see a start within Washington, D.C. where freeway planning has been stymied since the wake of the JFK assassination.

Such as in the Metropolitan New York area where our new 45th President is from.

Let's have a Cross Sound Bridge - Tunnel Crossing bringing I-287 into Long Island and continued via a re-numbering of existing Route 135.  Make it a monumental bridge with some of the approaches tunnels on land to reduce local impacts.

Let's continue I-287 west along the Sunrise Highway - Belt Corridor to a new Cross Brooklyn Expressway Tunnel that includes a fork to the north via the New York Connecting RR built as cut and cover with a new grand linear park atop.  And have new underwater tunnel connections to the north to a radically reconstructed Bruckner-Sheridan Expressway and the west to I-78.  This would be far less disruptive to existing traffic patterns than first radically reconstructing the BQE, and the tunnel to the north could and should be incorporated into an adaptation of the Re-Think NYC proposal fro expanding LaGuardia Airport.

Expand capacity with all of the existing cross water tunnels, bringing the Lincoln and Mid Town to at least 8 lanes total, the Brooklyn-Battery to at least 6, and the Holland to 12.

Build at least one new Cross Hudson Bridge from Westchester County to the west, with upgrading and extending the Cross County Parkway to interstate specifications and enclosed box tunnel in places as the existing partially trenched segment in Mt. Vernon.

Expand not only the freeways, but also the rail transit system.

Design projects to accommodate the eventual addition of supplementary modes.

Plan for rail along I-287 to Port Chester and eventually Long Island.  Do not repeat the mistakes of the planning of the current Tappan Zee Bridge replacement.

Extend the Dyre Avenue line into Mt. Vernon at least as far to connect with Metro-North.  Incorporate that with context sensitive architecture, including a replica of the recently demolished N.Y., Westchester & Boston RR station along East 3rd Street as the base of a new residential tower.  Design this to allow a vehicular freeway tunnel box directly beneath the restored RR segment for an ultimate continuation northward to I-684 and Westchester County Airport.

Resist the trendy push to simply 'de-map' freeways, such as being done in New Haven Connecticut.

Reverse sad spectacles as that and replace with a  projects to reconstruct and expand such urban freeways in below ground level configurations designed to be covered with new real estate development and/or parkland, and made even more pedestrian friendly with adopting center loader access ramps located in the center of a service road rather than as done conventionally along one side.

Continue the trend of 'capping' or otherwise reconstructing various freeway segments into being covered, so long as the freeway right of way is neither impinged or overly constricted.   Thus the existing '3rd Street Tunnel' air right project on Washington, D.C.'s Center Leg freeway should be halted until the necessary modifications are made to have that project not impinge with that facility's 8-9 lane plus shoulder design capacity.   That project lacked a cost-benefit analysis regarding the cost of replicating the lost design capacity of the Center Leg and the detriments to safety as with the pinched median shoulders.

As a general rule, explore more cost effective for achieving underground, covered freeways, including re-using existing trenches, constructing lids over existing freeways to take advantage of the topography, such as a deck over of the existing eastern portion of the Washington, D.C. SE Freeway next to Barney Circle, new tunnel boxes with no new excavation, as with future freeway tunnels beneath Manhattan's Riverside Drive, as well as minimal new excavation tunnels as recently proposed for the I-84 reconstruction in Hartford, Connecticut.  Resist the silly trend of filling in existing freeway trenches as wasteful; instead cover them with new real estate development with the highway preserved below.

Posted by Douglas Andrew Willinger at 12:49 AM

Typo? I-81 does not go through Hartford.