I-70 reconstruction project, just east of the interchange with I-25
to replace viaduct segment with trench
between Brighton and Colorado Boulevards
with 2 block long lid between Columbine and Croyton Streets
next to Swansea Elementary School
to reconnect residential areas
and widen I-70 from 6 to 10 lanes,
matching rebuilt elevated I-70 segment west to Kalamath Street
past the interchange with I-25 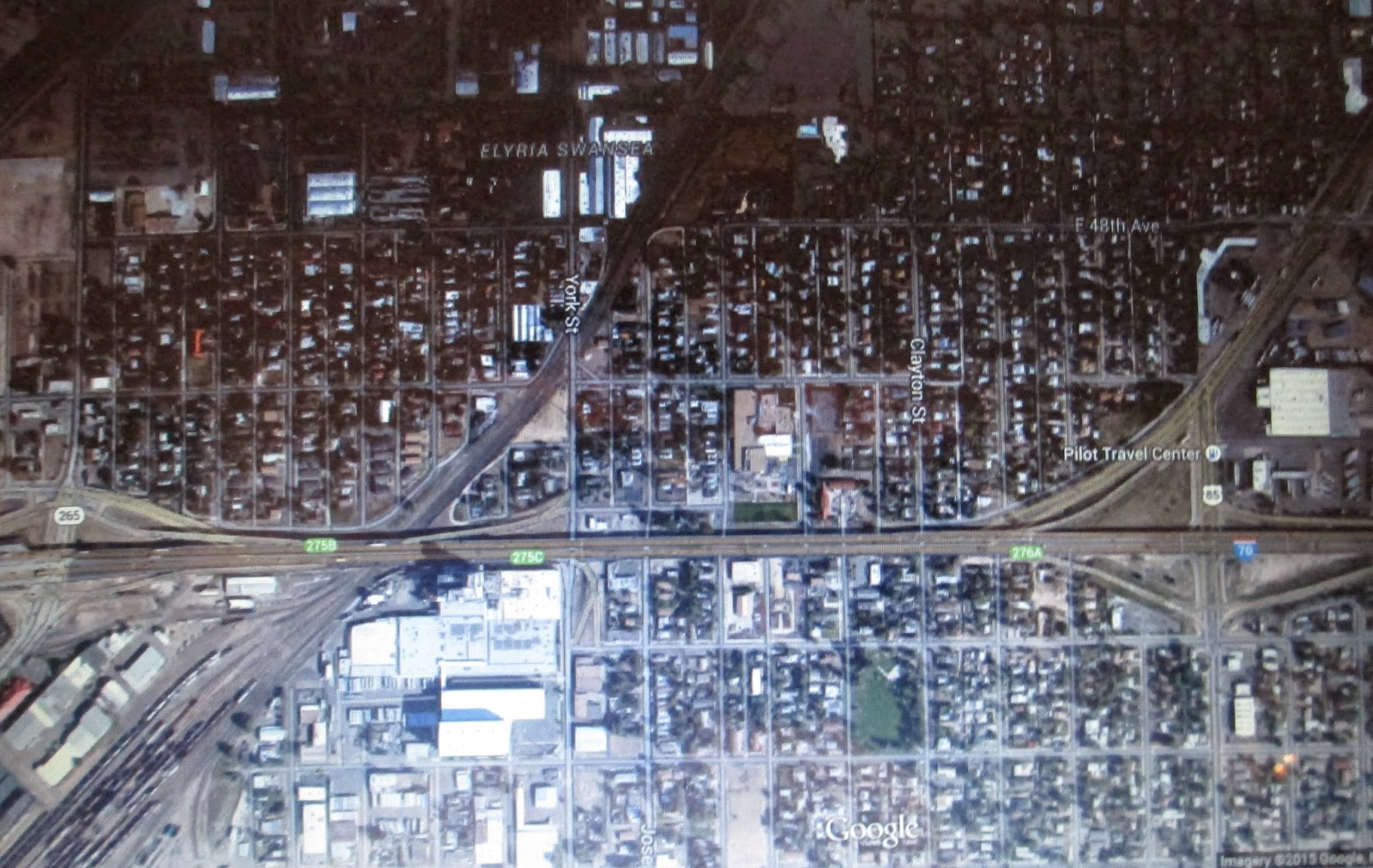 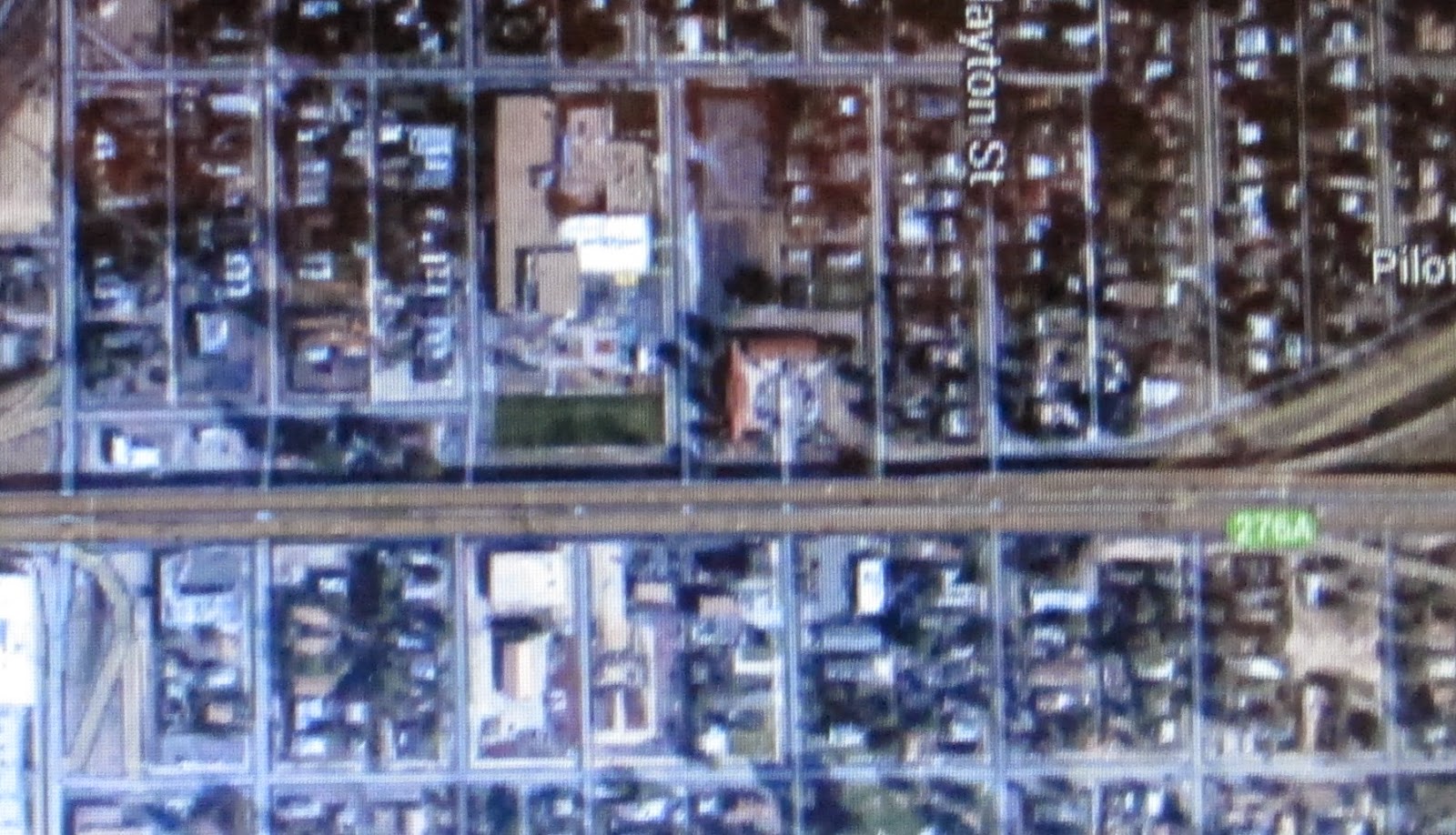 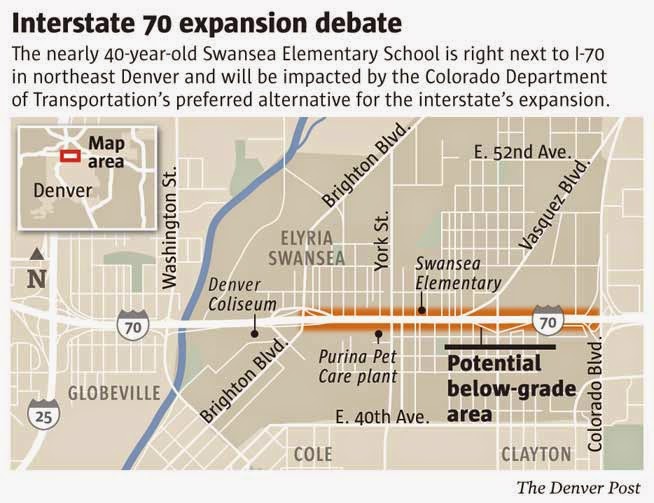 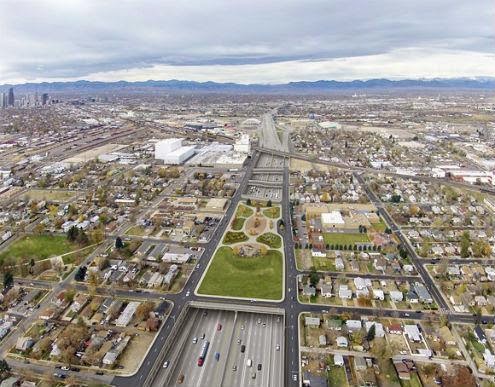 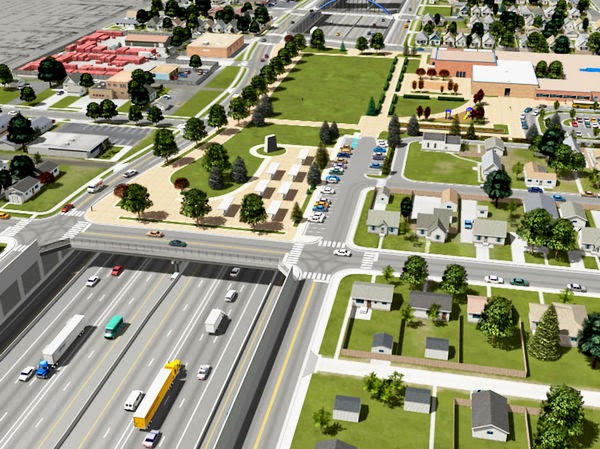 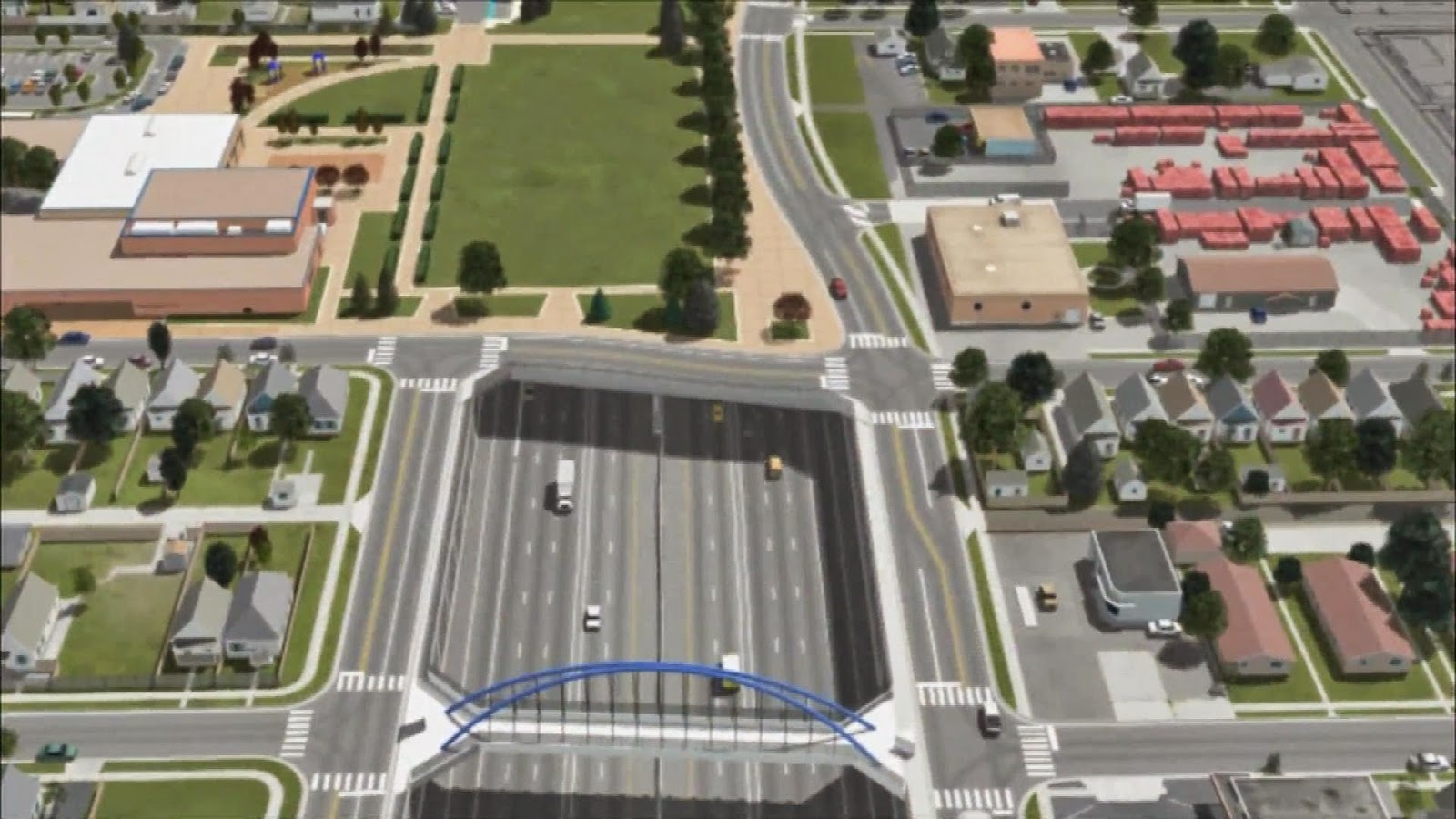 Is the one of two segments of I-70 segment in North Denver east of I-25 that bisects a residential area. (The other was reconstructed in its original elevated configuration in order to cross over the South Platte River.)

Project has opposition from those seeking instead to reroute that portion of I-70 to a triangular I-270/I-76 route, which is said to cost more owing to the longer length, and for that same reason, which would plausibly increase VMT.

Opposition is based upon the displacement of some 50 dwellings, plus fears of flooding in a below ground level freeway, along with ideology to push freeways further out of cities rather than better reconcile them via lowering and covering.

IMHO the deck should be longer, adding 2 blocks length upon each end,
making it extend from York to Milwaukee Streets.  It should at least extend further west to Josephine Street, to move its west portal further from the Swansea Elementary School.

Also, they should cantilever it a bit over the outer I-70 lanes.

If current air pollution issues won't allow that, then the lid should be extended about 70 or so feet in each direction, with additional lid segments further out.

Additional lid segments should be accommodated as future additions with the project designed with the necessary support structure, as done with the Cincinnati Fort Washington Way project.

The sheer number of anti comments against a plan featuring an idea that is generally popular of replacing viaduct freeway segments with lowered-covered one, and a look at a map of the I-270/I-76 suggested re-route in the shape of a cap stone may suggest an organized effort by some Masonic faction.

Posted by Douglas Andrew Willinger at 2:08 AM

Labels: Denver, I-70, Viaduct to Cut and Cover