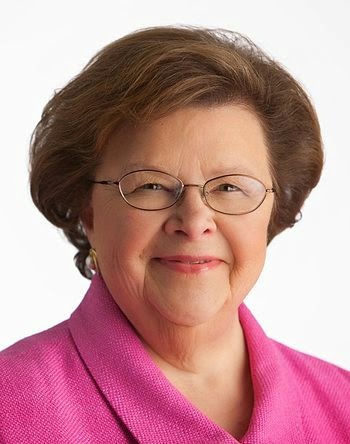 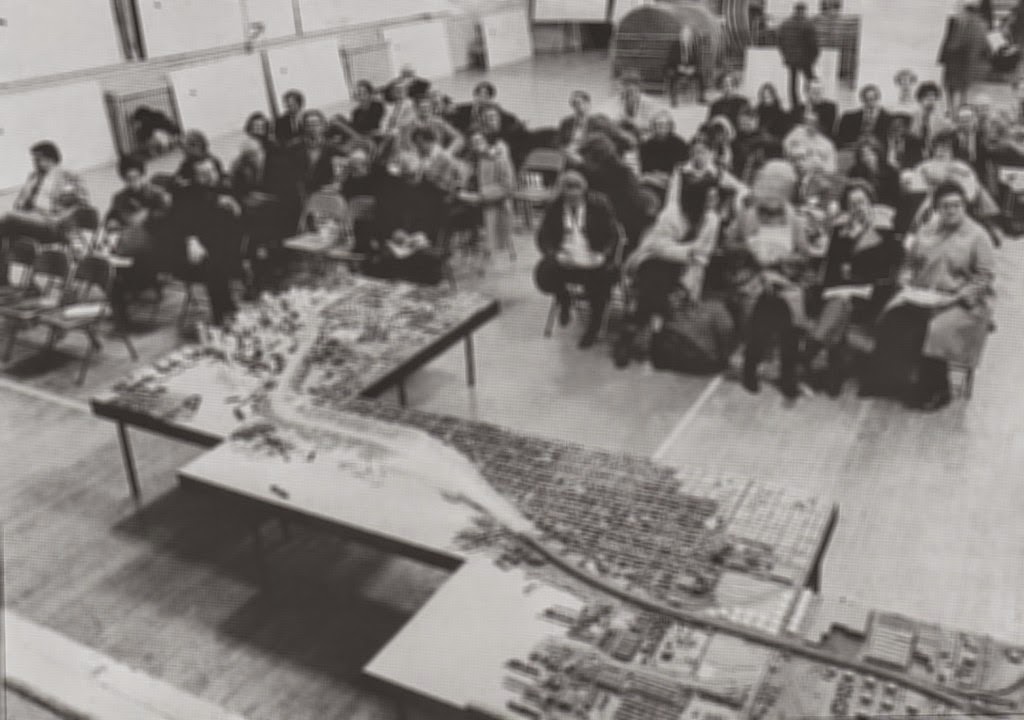 The recent news of Senator Barbara Mikulski announcing her impending retirement, has led me to a few on line discussions about her efforts in stopping or modifying different freeway projects, and by extension, reviewing some of the past planning of the Baltimore Maryland freeways.

Mikulski is perhaps best known for her efforts at stopping the southern-eastern extension of I-83 along the Baltimore waterfront, and the eastern extension of I-70 in western Baltimore through Leakin Park, which was to connect with the stranded east-west trenched freeway formerly designated as I-170 that connects with MLK Boulevard that itself had been once planned as a depressed trench freeway. 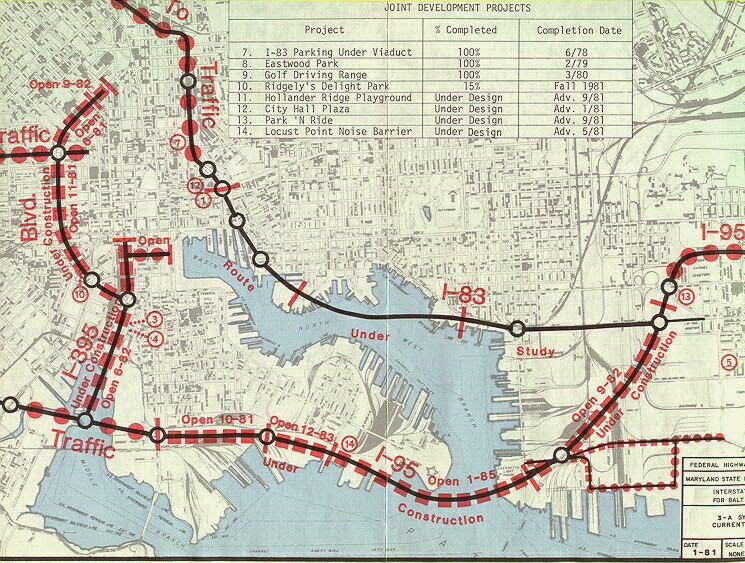 Initially though, all three were meant to connect with 70 and 95 planned to run along the waterfront of the Inner Harbor being intercepted by I-83 from the north- all as elevated designs as featured in the planning in 1960 'Darling' plan. 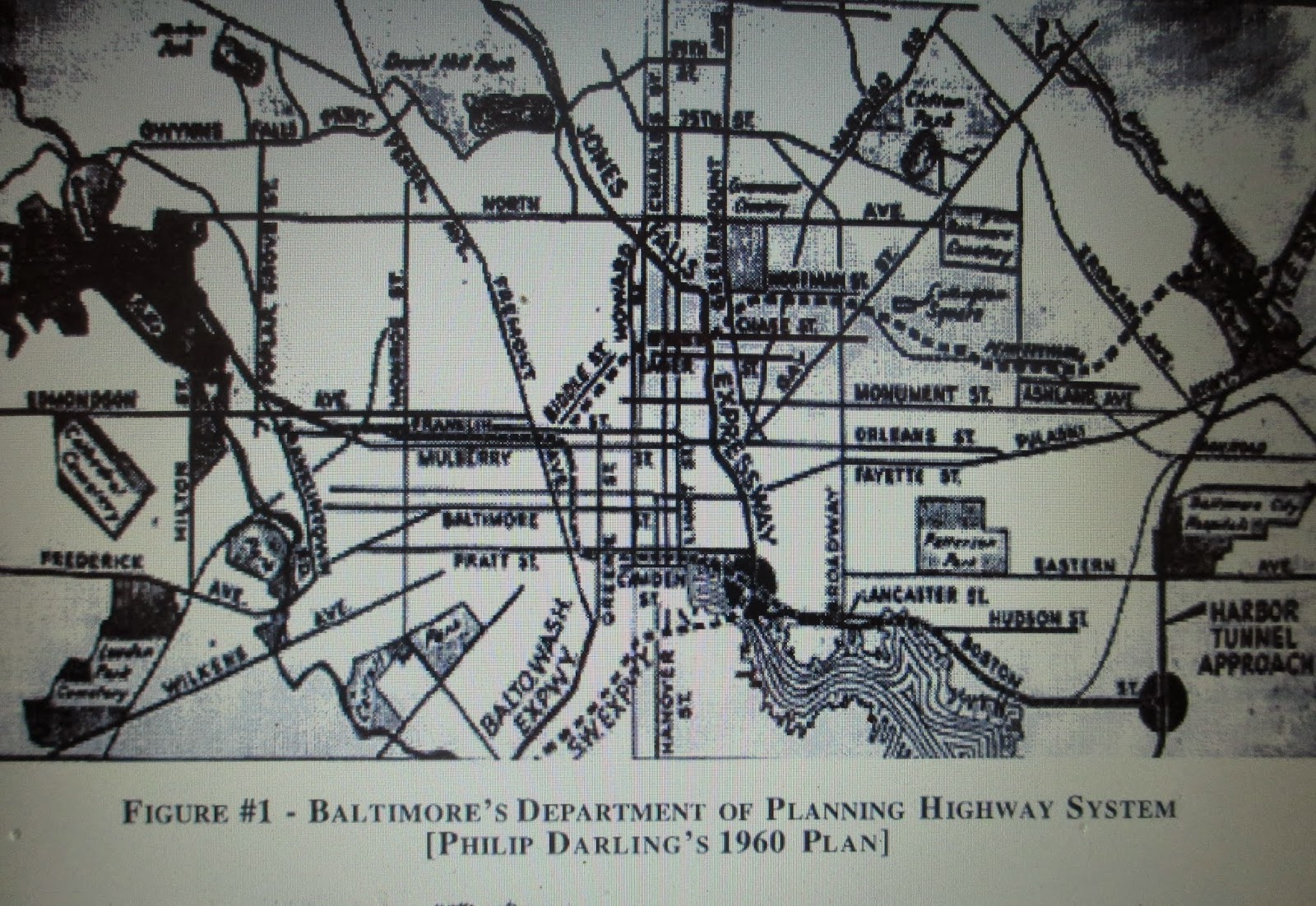 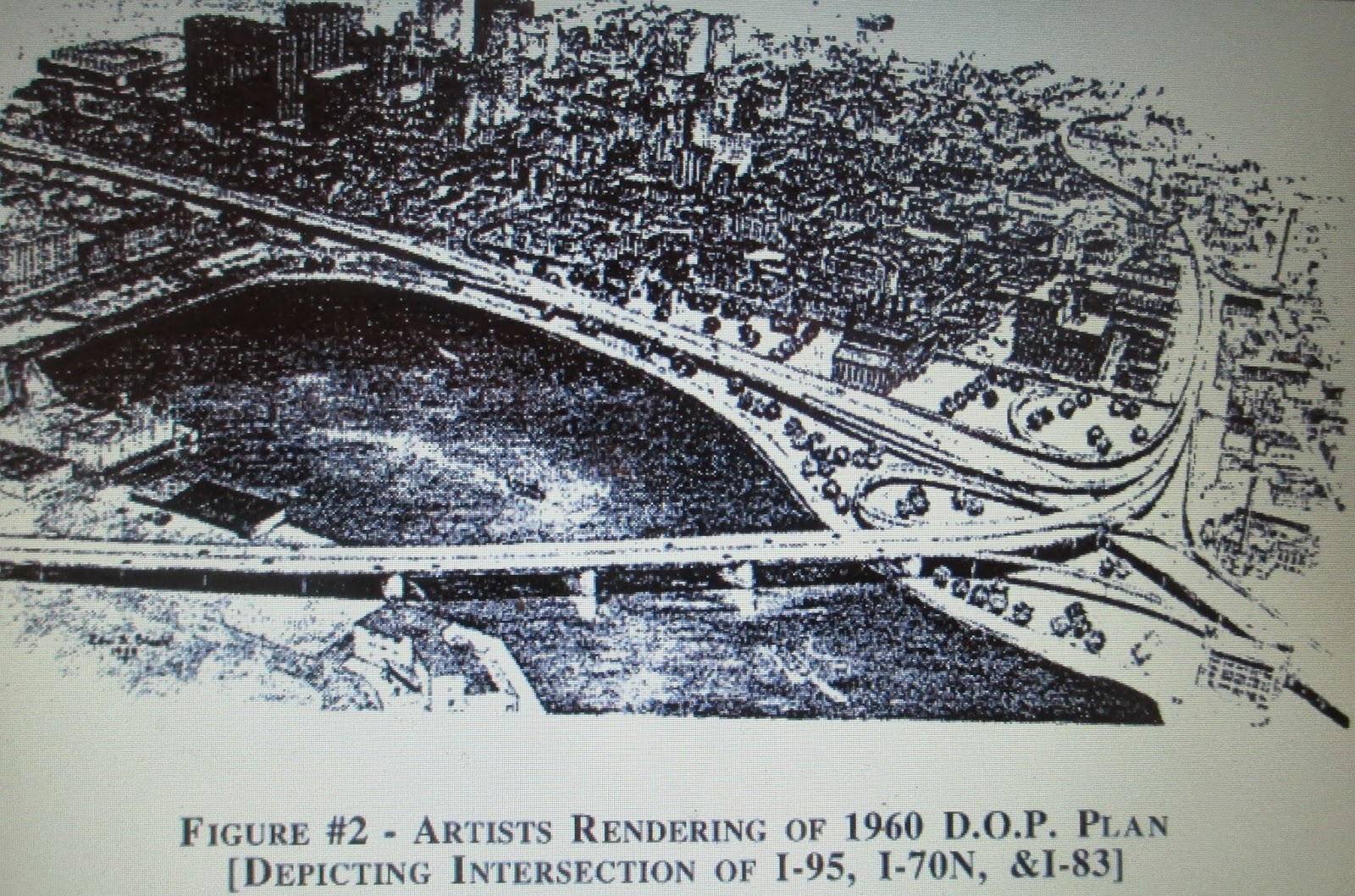 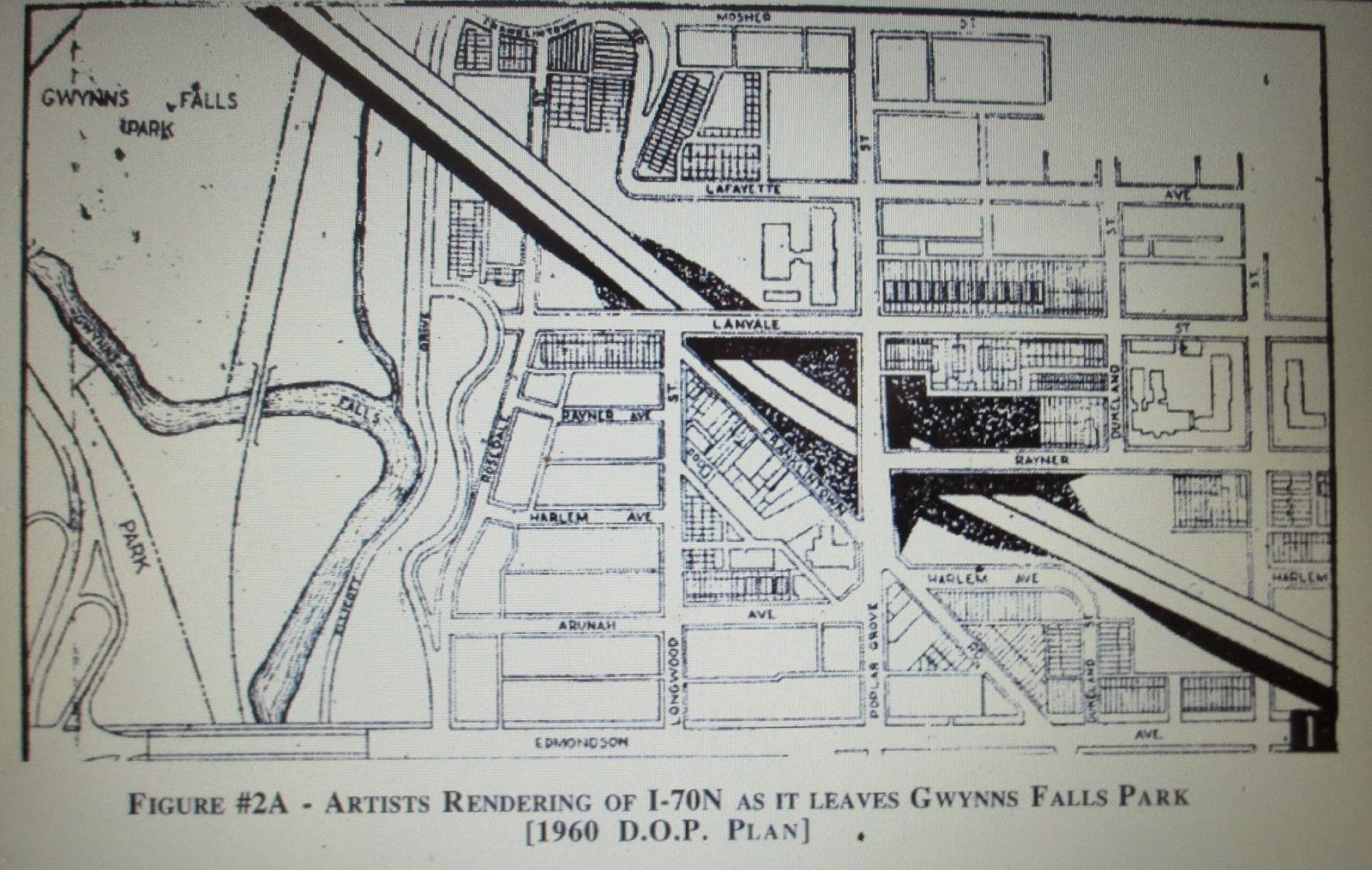 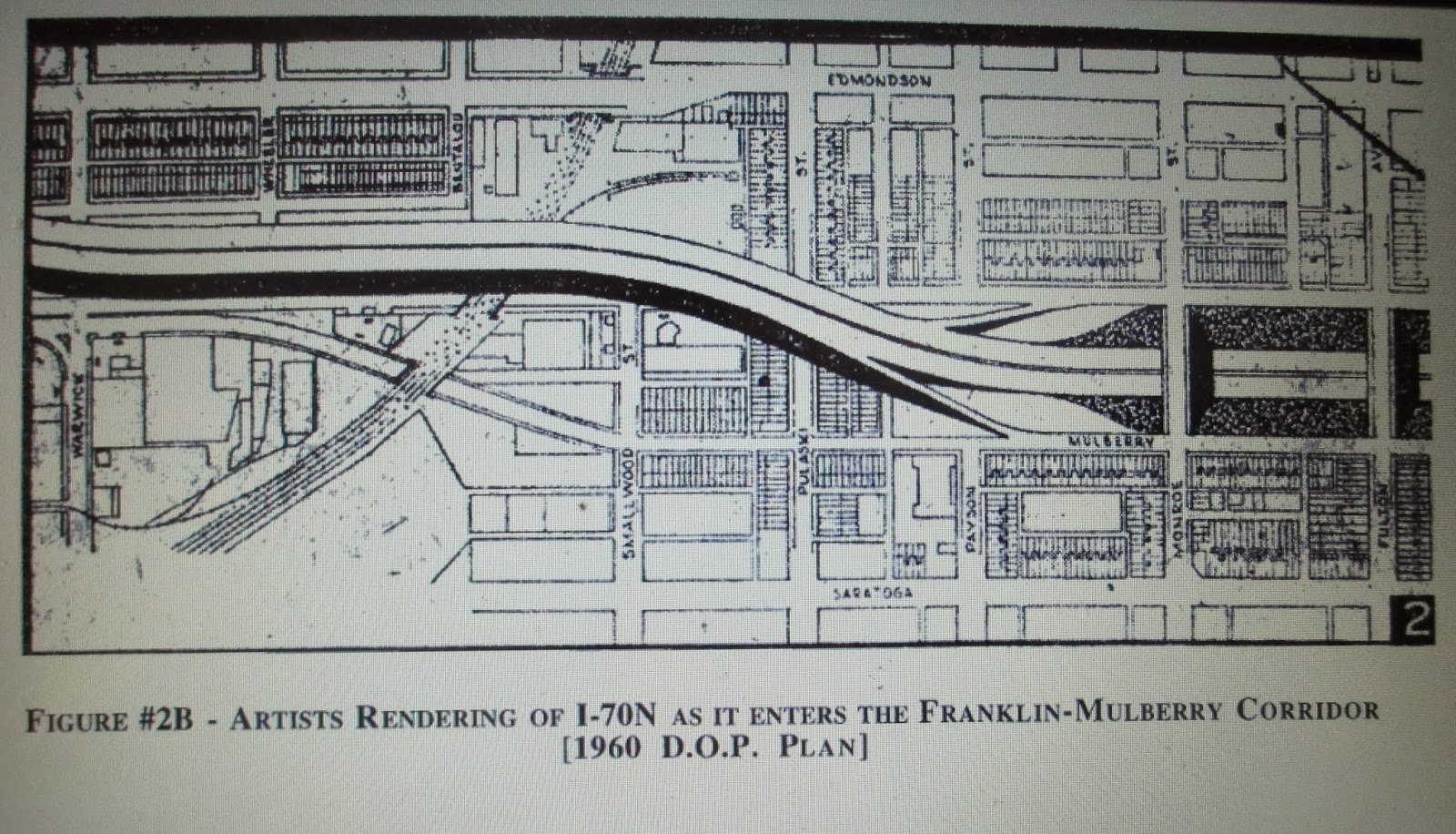 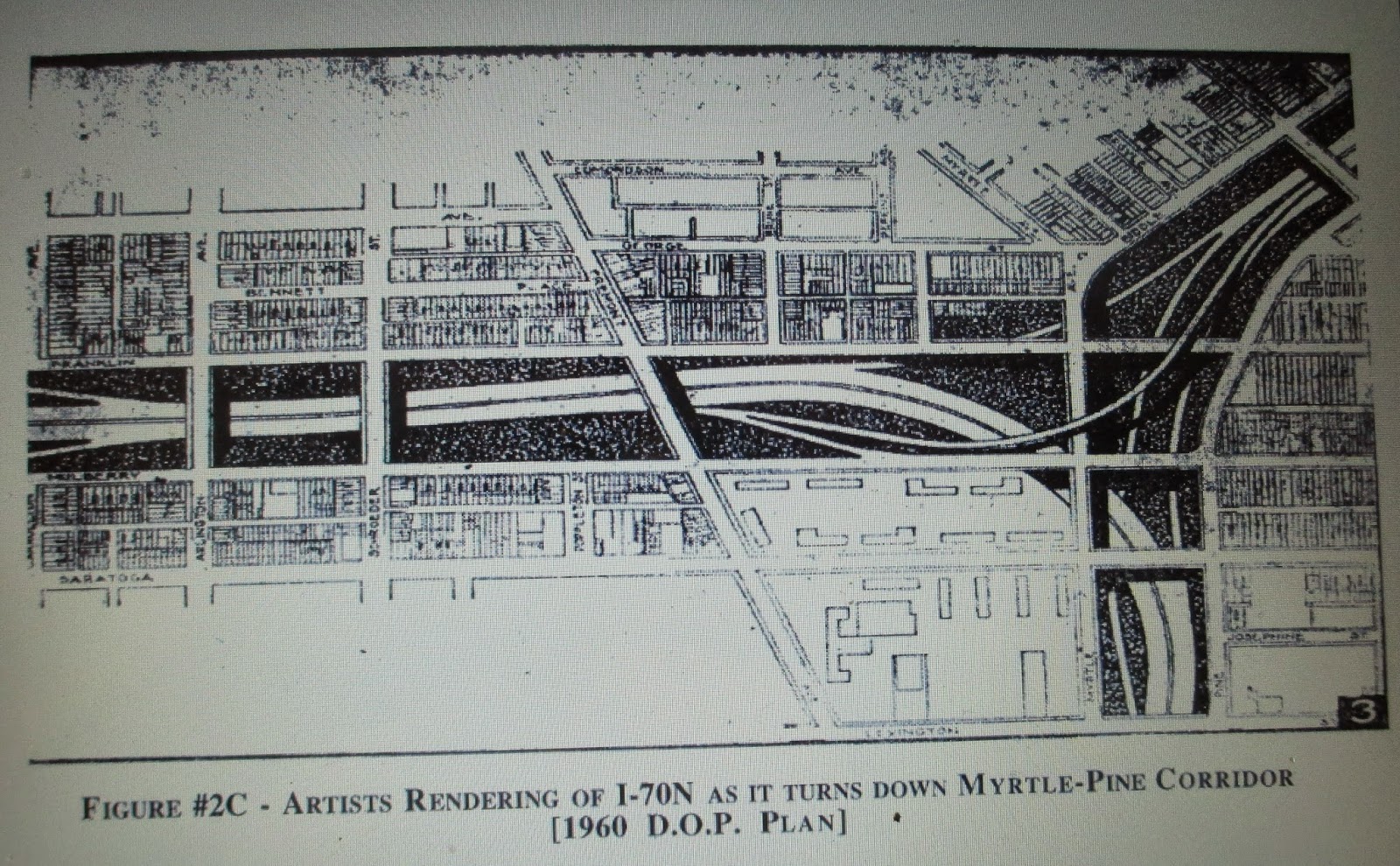 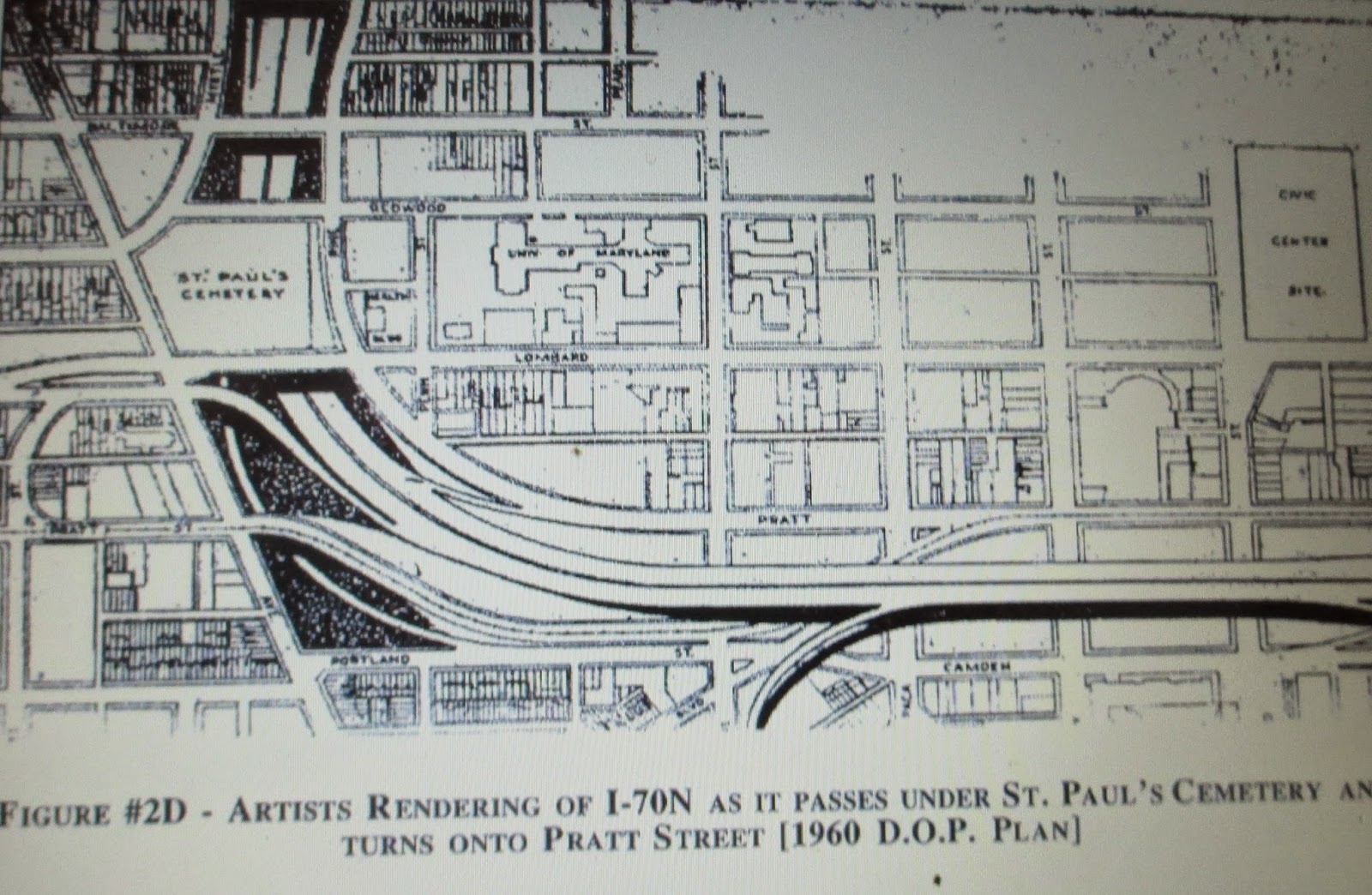 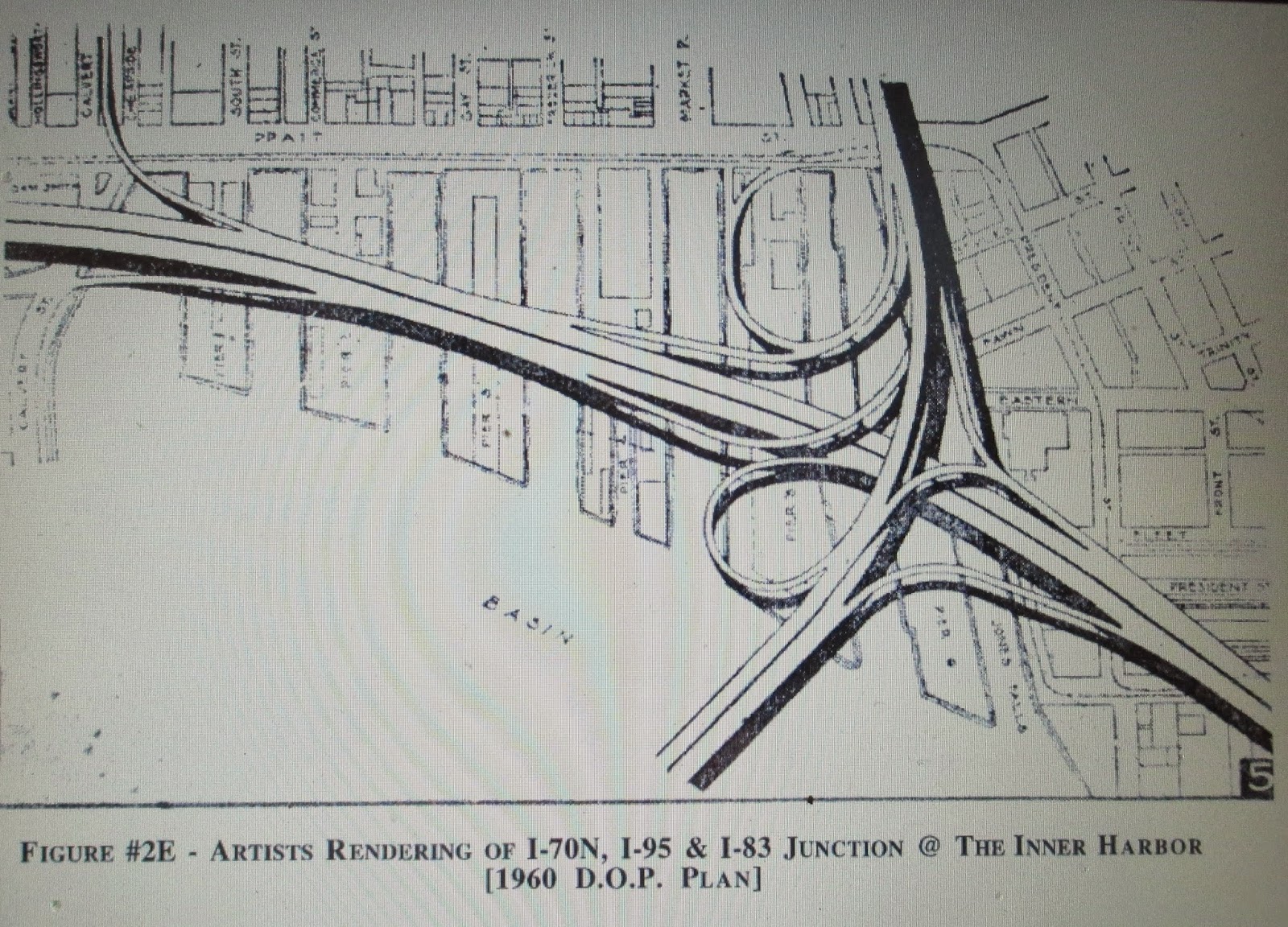 This had followed earlier planning that had I-70 potentially follow an east west freeway skirting the northern side of the CBD. 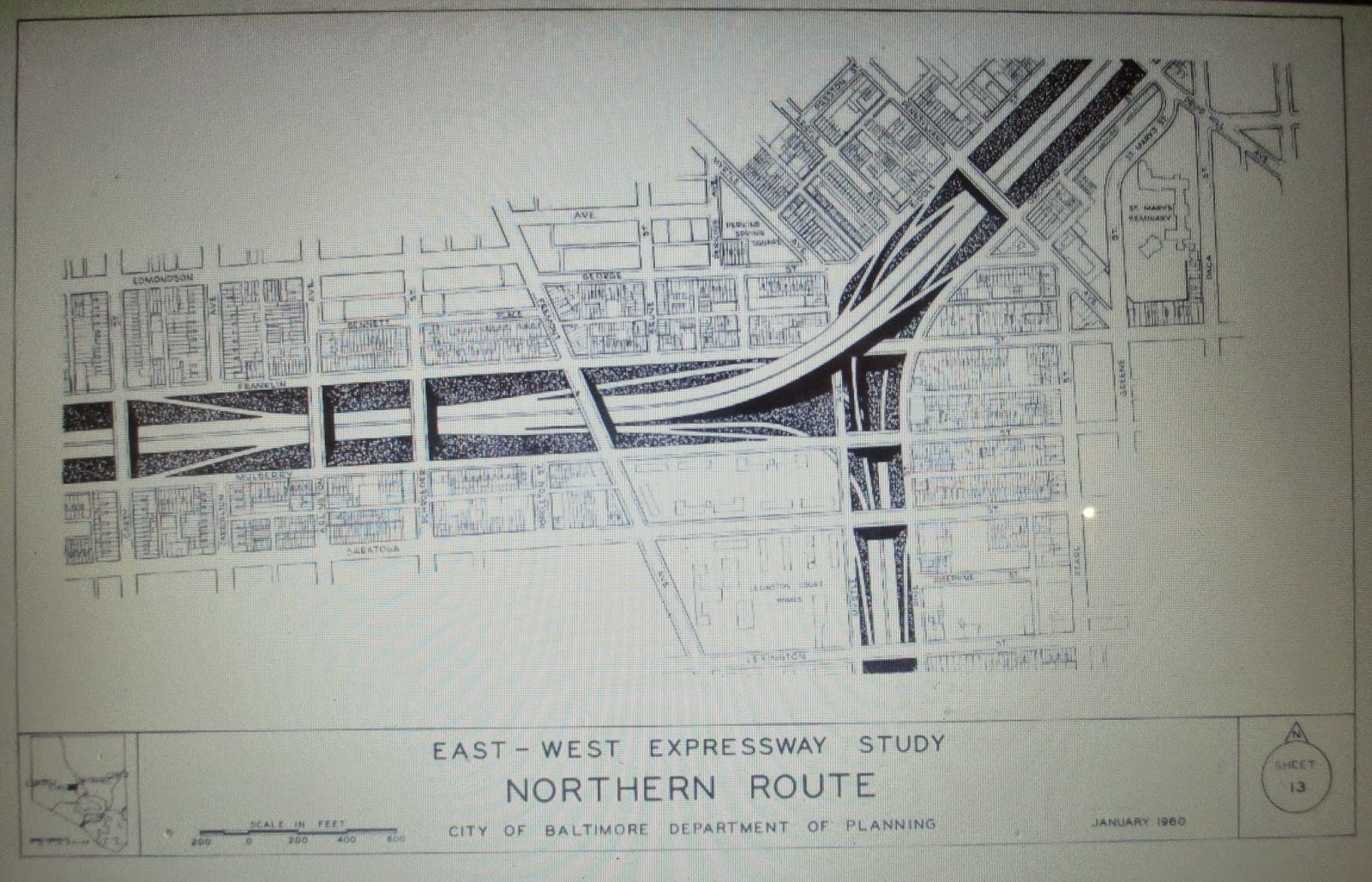 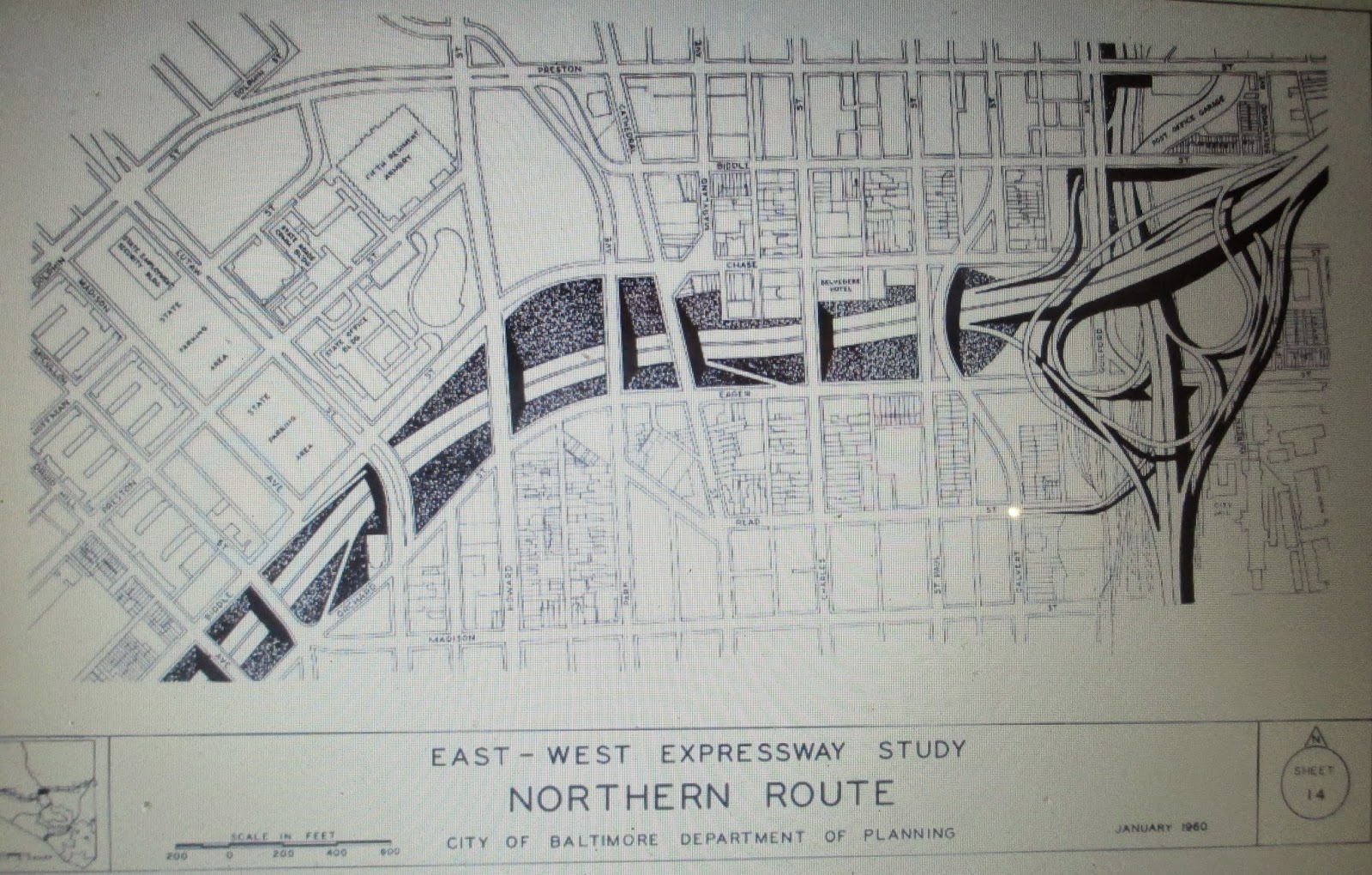 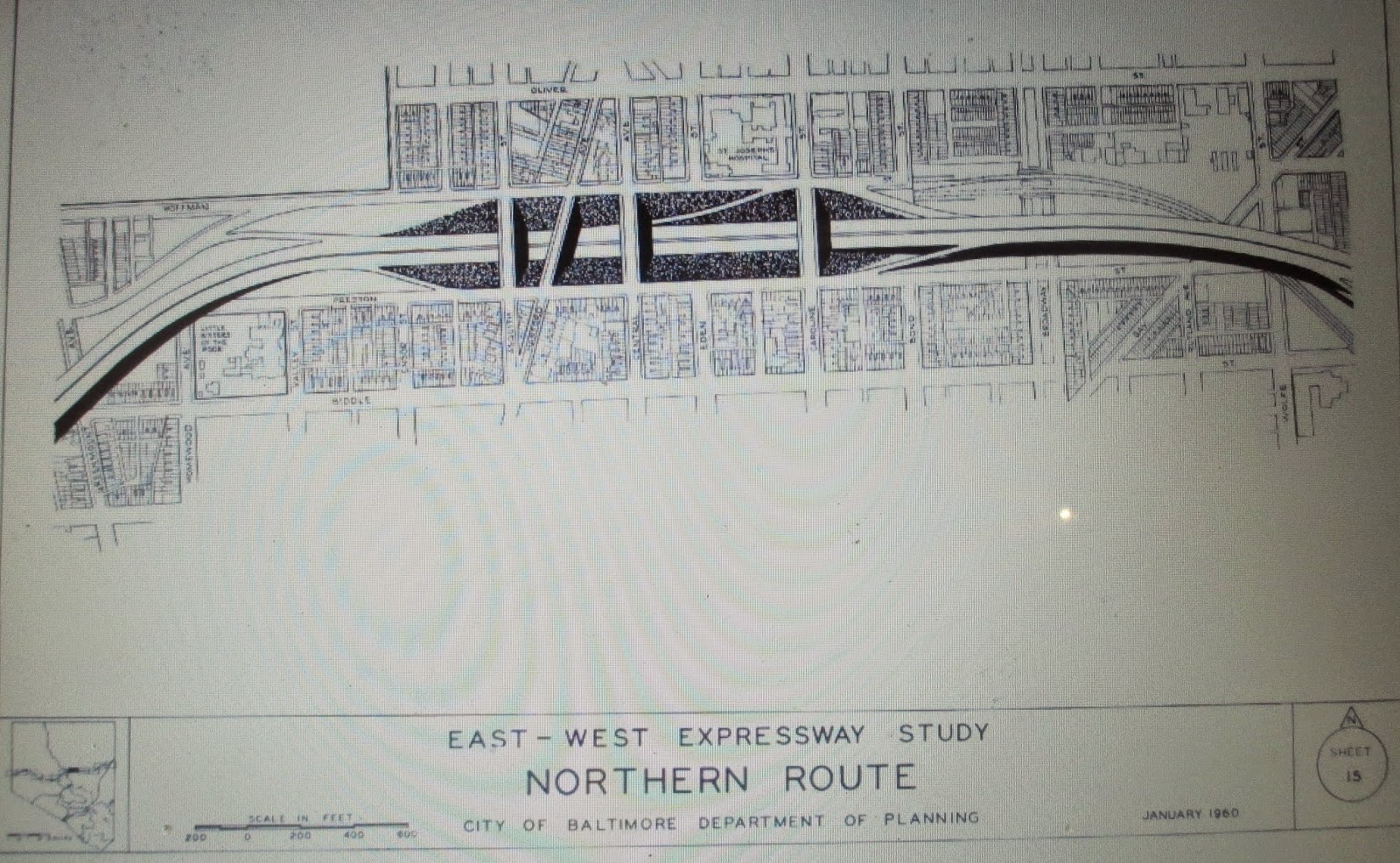 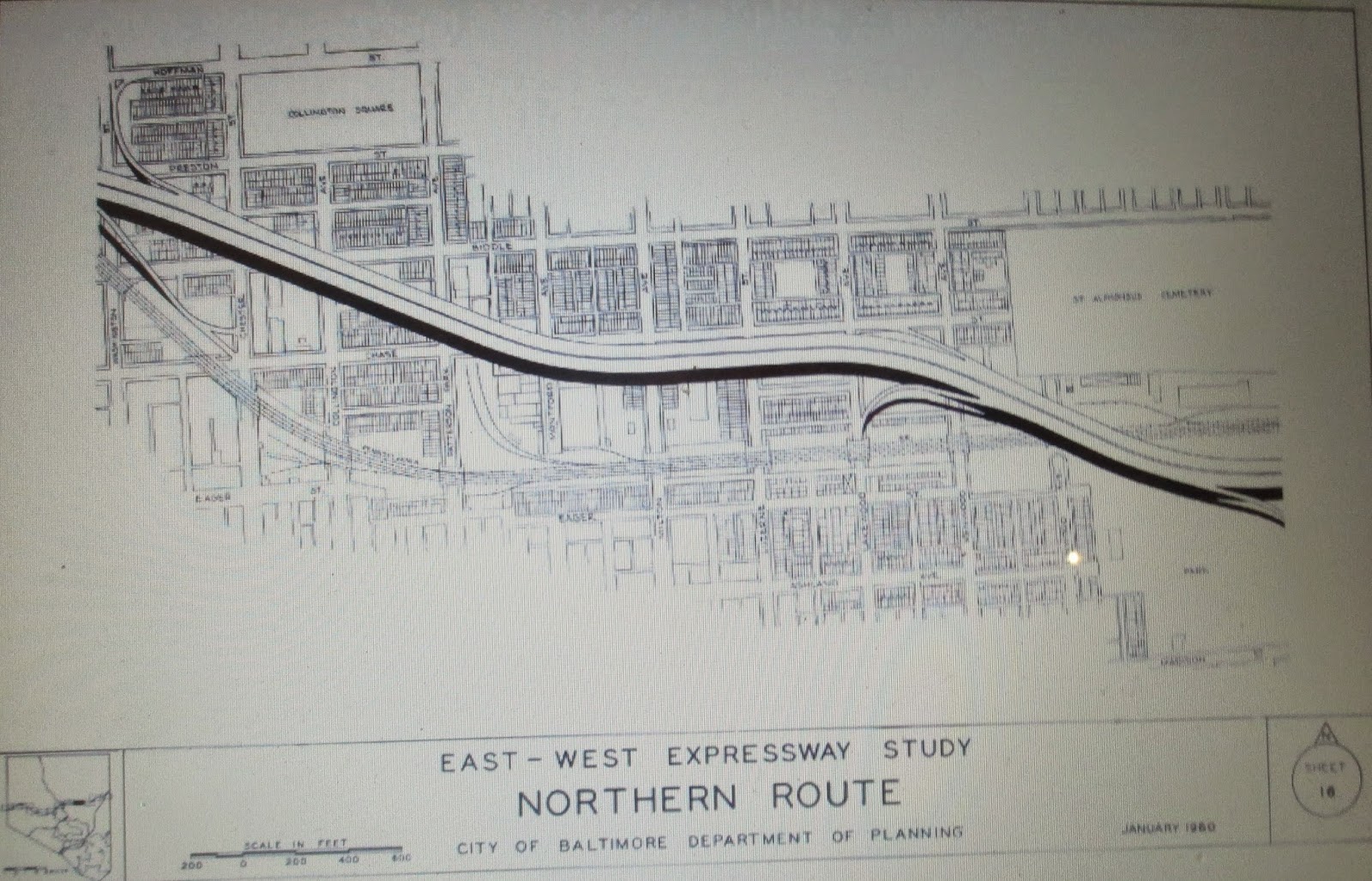 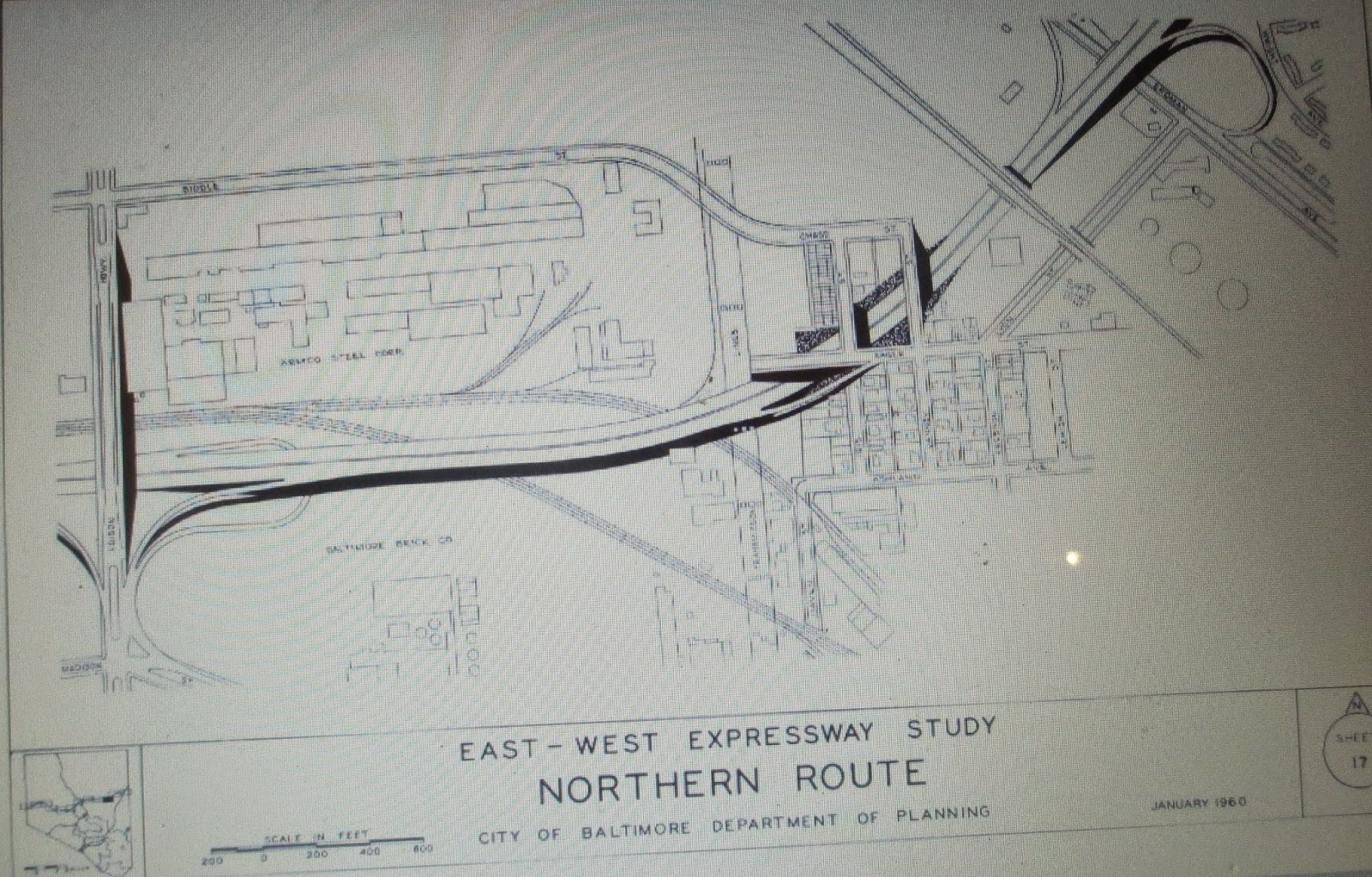 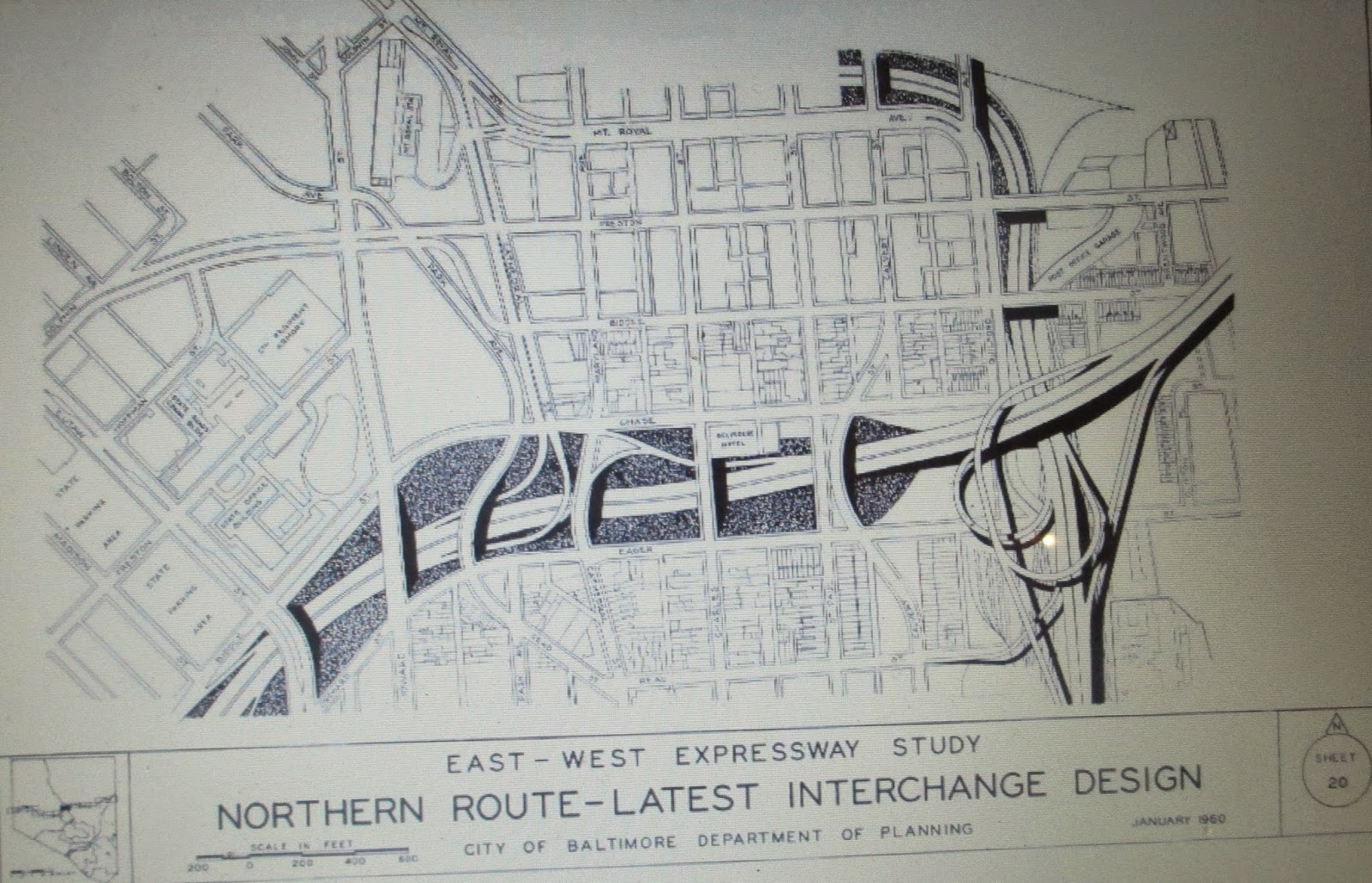 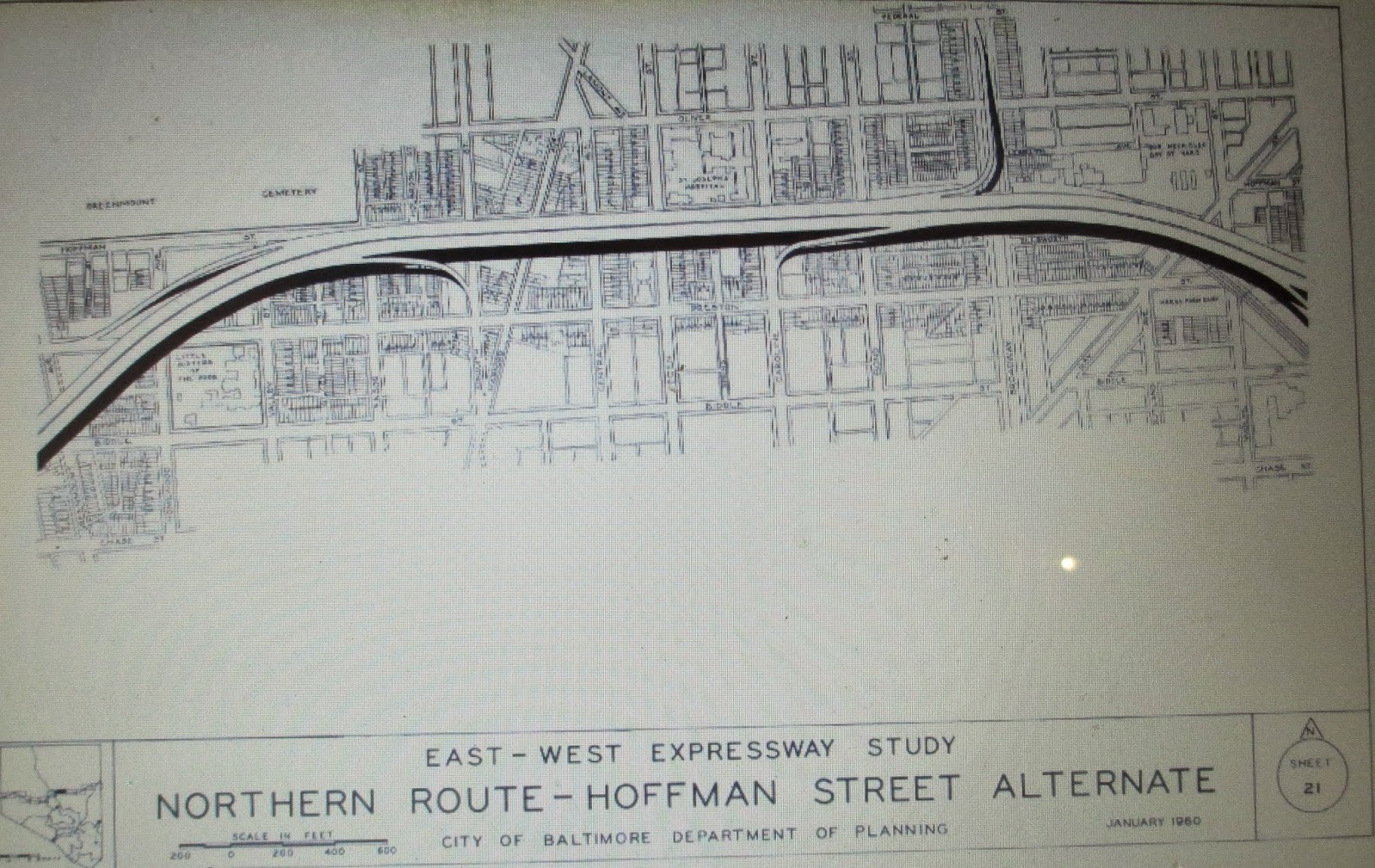 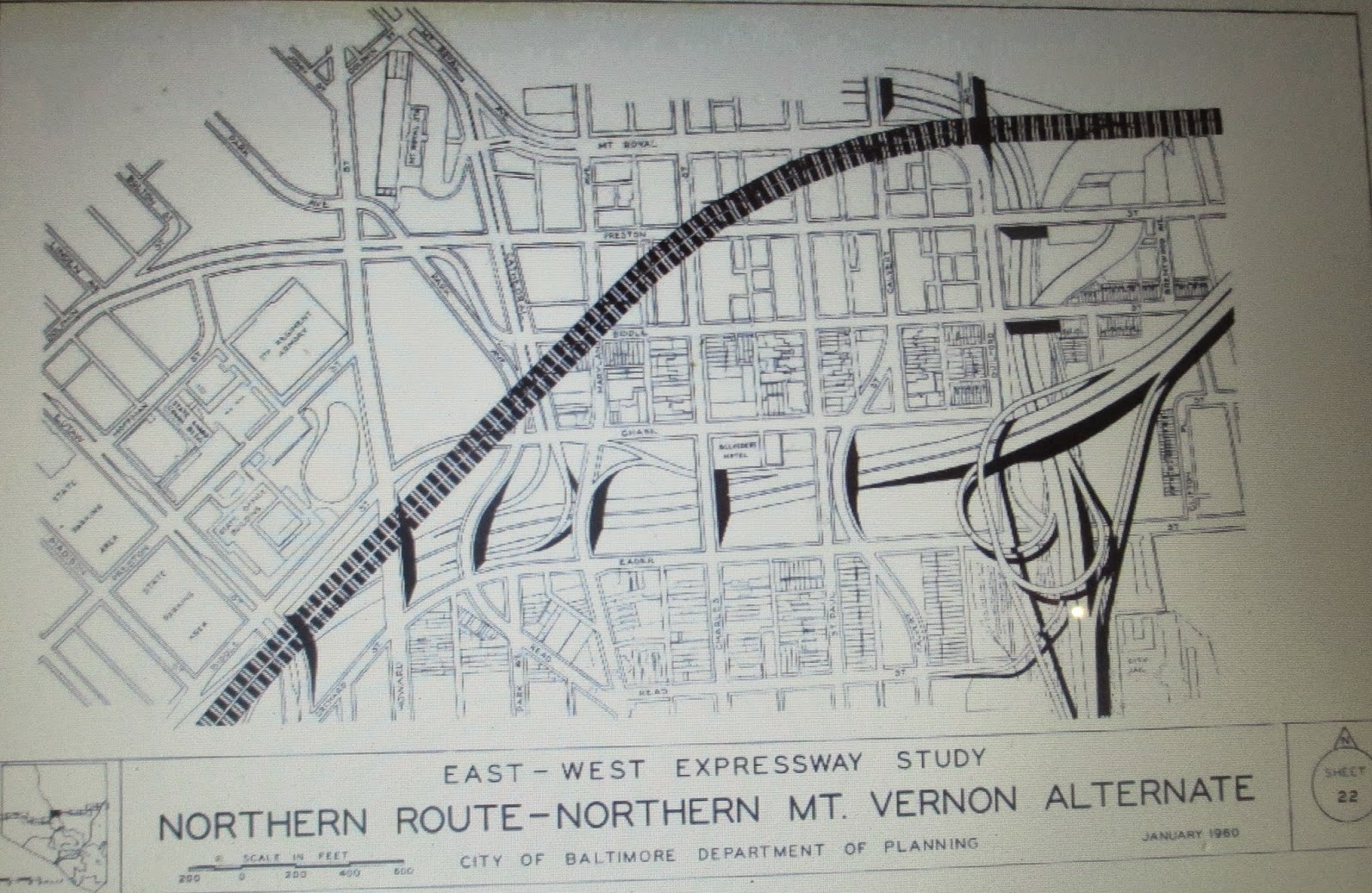 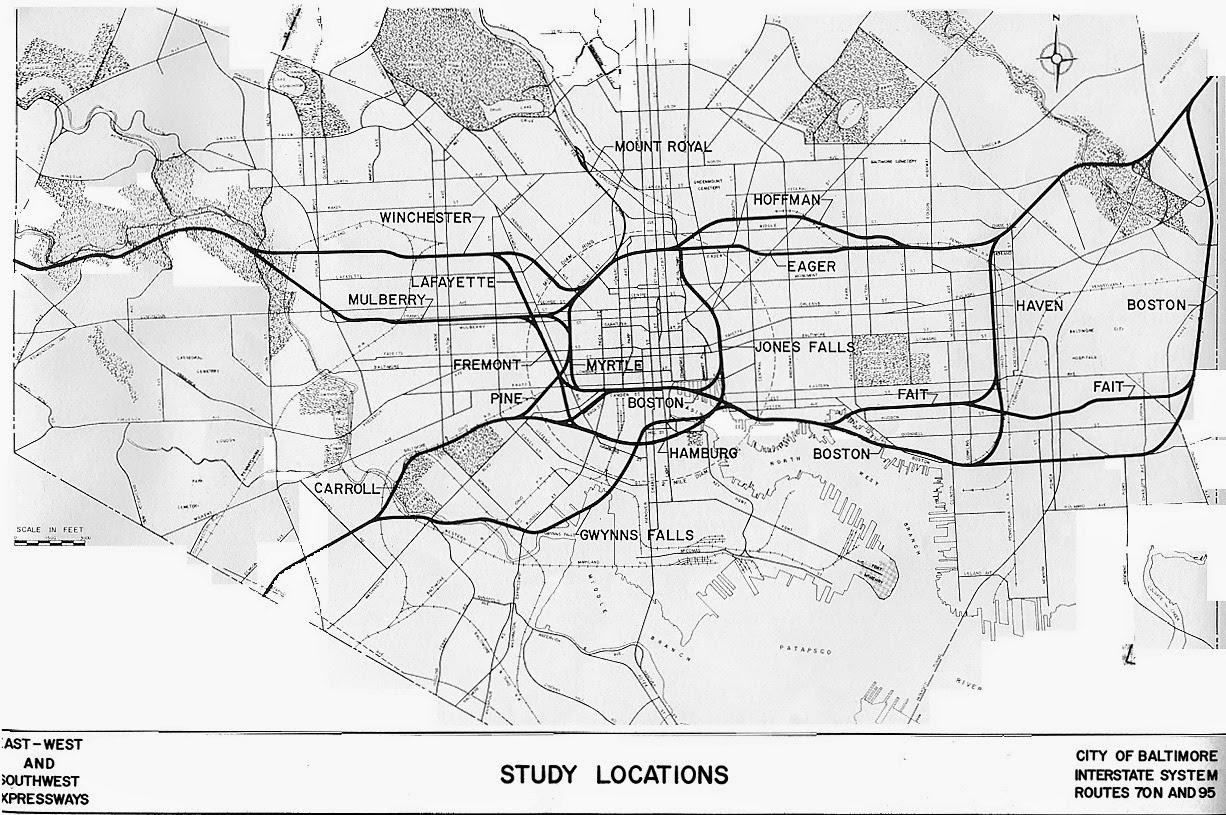 The 1960 'Darling' plan was subsequently followed by the Baltimore "10-D" freeway plan, shown in this 1961 J.E. Greiner Study Report. 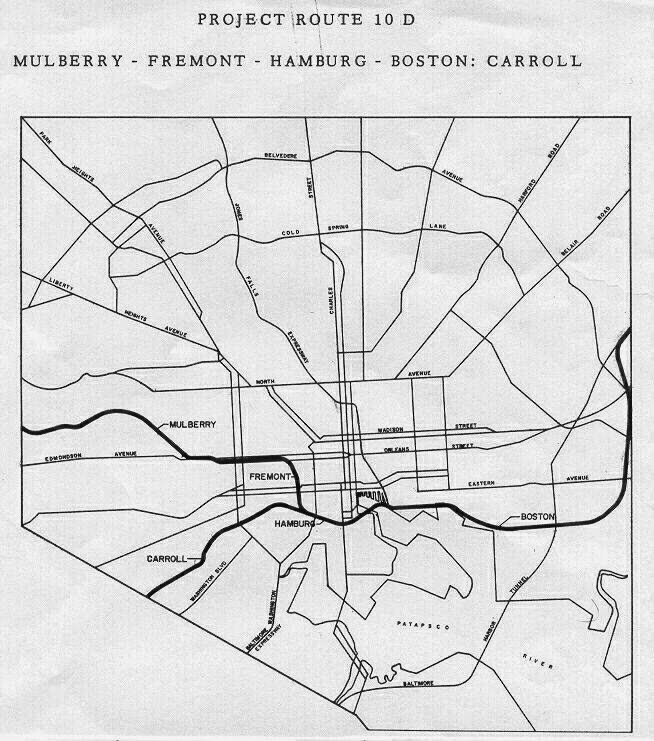 A major change in this planning was the deletion of the I-70 segment along the waterfront, having it intercept at a separate interchange than that with I-83 and I-95 along with the deletion of the east west freeway skirting the north side of the CBD. 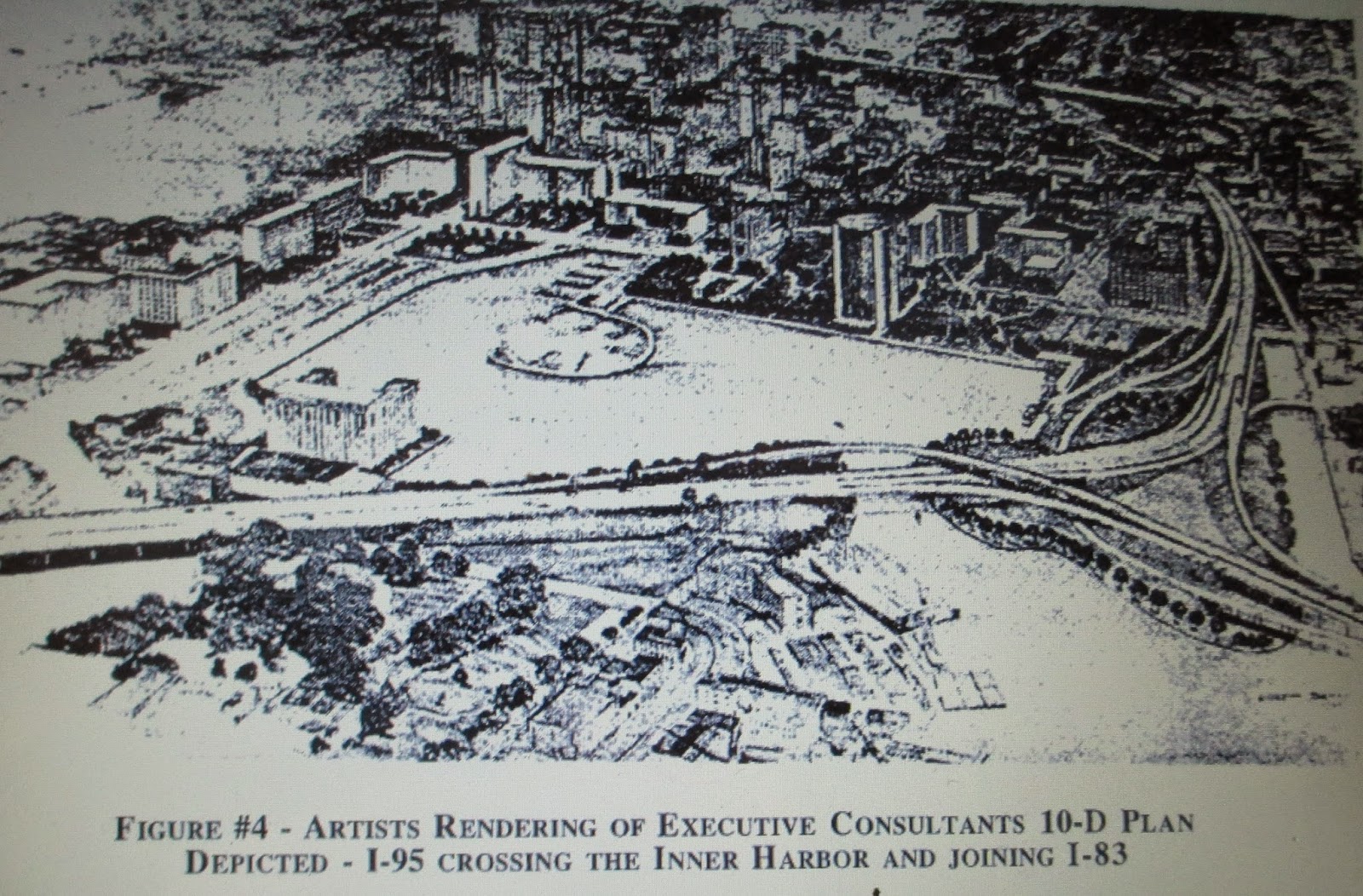 Opposition to this "10-D" system led to additional modifications of the proposed Baltimore freeway system,, leading to the adaptation of the "3-D" plan. 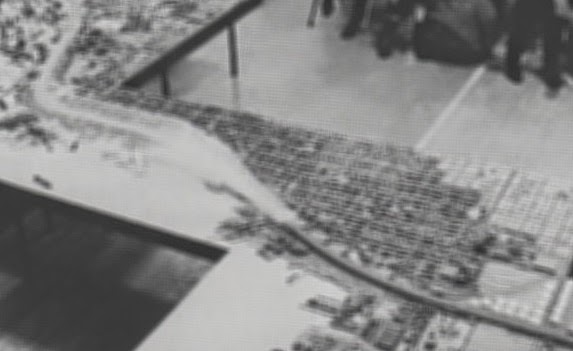 Other changes of the "3-A" plan addressed the down-specing of the north-south connection skirting the eastern side of the CBD.  This included, eliminating the freeway connection between I-83 and the east-west freeway from the west along Franklin and Mulberry Streets that had been planned as I-70; shortening the clearing of the right of way to no longer reach I-83; and building that reduced length corridor not as a depressed freeway, but instead as a surface boulevard subsequently named for Martin Luther King- MLK Boulevard.

Further changes included no longer routing I-70 along the east-west freeway to the MLK corridor, instead renaming that as "I-170" and constructing a southerly continuation of I-70 to connect with I-95 further west.

Another change was the crossing of Gwynn Falls, from the diagonal route through the Rosemont neighborhood, to a route turning south along the west bank of Gwynn Falls before turning northeast along a RR to then meet the Franklin-Mulbery freeway. 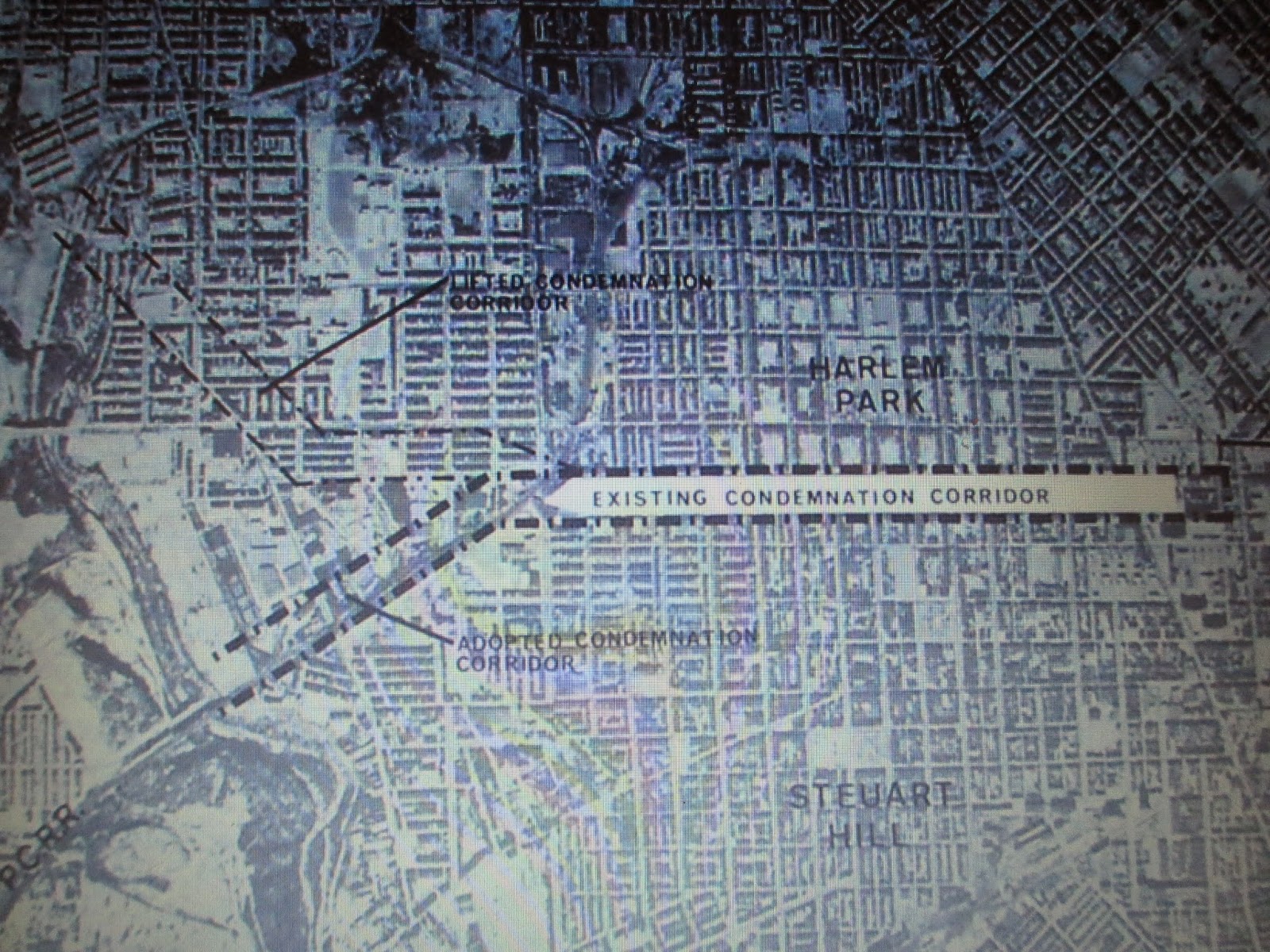 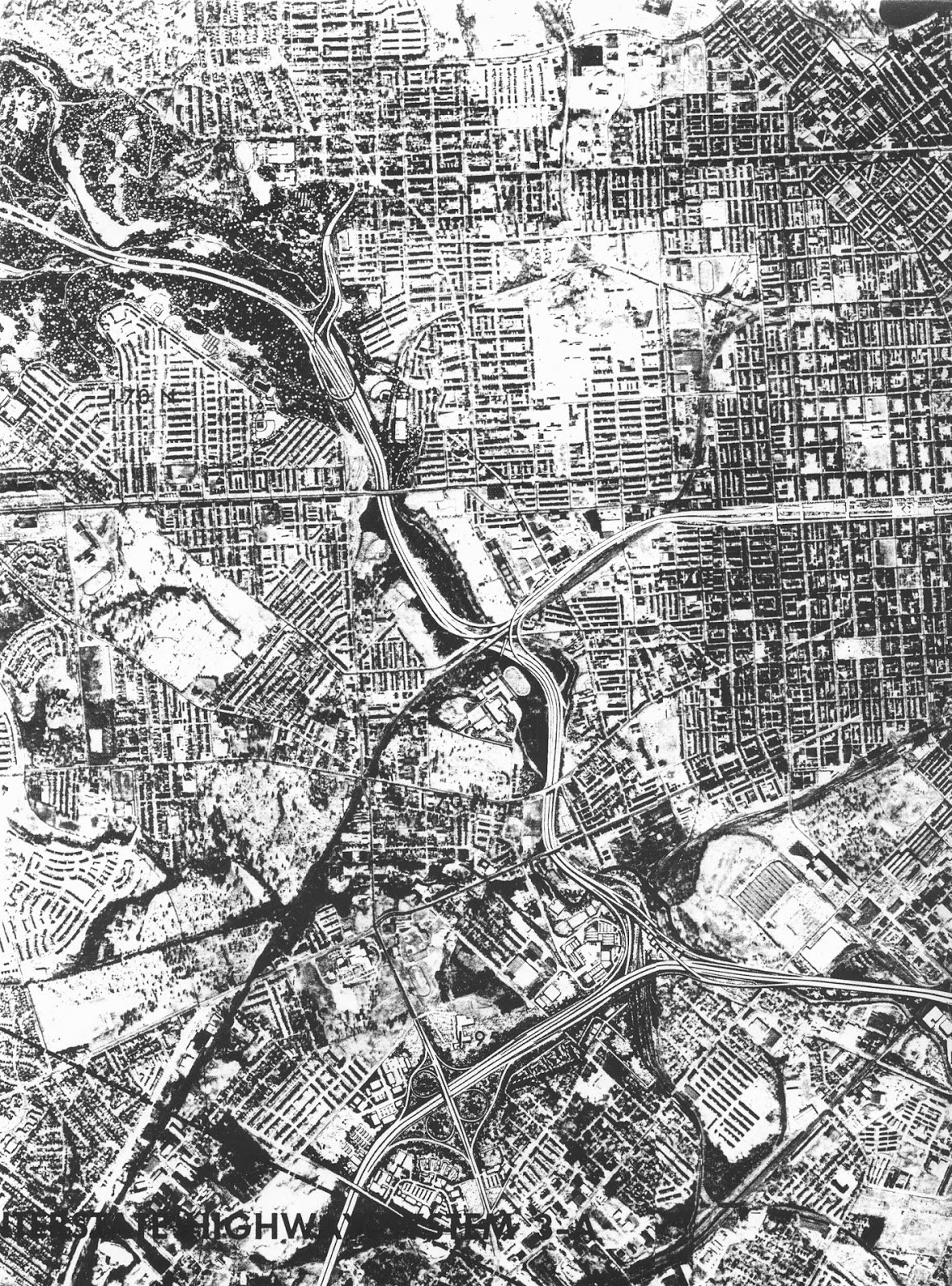 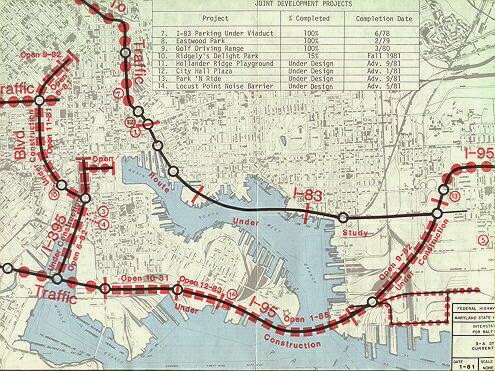 I-95 would be built along the southerly route, and not as a bridge as initially proposed but as a set of tunnels- 4 tubes with 2 lanes apiece to avoid blighting Fort McHenry.

An I-395 viaduct would be built connecting I-95 with the southern end of MLK Boulevard.

A 1.4 mile segment of once planned I-70, opened as I-170 as constructed between Franklin and Mulberry Street- always thankfully planned as a trench that could be conceivably eventually covered, rather than an elevated.  This is the highway that today is often referred as Baltimore's so-called "highway to nowhere".

However, the planned I-70 link from the Franklin-Mulberry freeway to existing I-70 near and past the Beltway would be canceled owing to political opposition to its routing through Leakin Park, which by about 1970 had been planned to include one short cut and cover tunnel segment in the side of a hill.  A subsequent plan to only build the segment from the Franklin-Mulberry Street southward to I-95 renamed as I-595 was likewise canceled during the 1980s, with the stub connectors from I-95 later demolished. 
With the planning having strangely abandoned the freeway link between I-83 and I-70/I-170 of what would have been an inner Baltimore beltway downscaled to today's MLK Boulevard  - strangely because they had practically cleared such a corridor anyway for such newer buildings as the Cultural Center, needing to only thread a cut and cover tunnel between the Armory and the Hoard Street RR tunnel --  planning instead focused upon the southerly extension of I-83 to I-95.

Because that plan involved adopting essentially the former I-95 route along the Inner Harbor waterfront- thus meeting the objections that had pushed the I-95 route south, it ended up being canceled, despite the substitution of an insufficiently long tunnel segment. 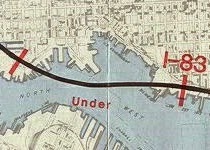 All of this has got me thinking about alternative designs for connecting these freeways best serving their regional roles in the transportation network:


Relocate southern I-83 via Tunnel Connection to and beneath the MLK Boulevard Corridor, with I-83 continued southward there as a cut and cover tunnel towards I-395.  Construct northern tunneled segment along-beneath Howard Street and West Mount Royal Avenue- perhaps with a double stacked tunnel to thread between the Howard Street RR Tunnel and the Armory.  This would finally connect I-83 southward to I-95.

- Continue & Connect I-70 to best serve its role as an east-west link:


Build the link from the Franklin-Mulberry Street freeway west to existing I-70, via one of two basic ways:


Modified Leakin Park routing with most of the route within enclosed tunnels.


Lengthen the once proposed Central Ridge tunnel segment to the northwest 4 to 5 times in length.


Add another such tunnel segment at the South Ridge along Stokes Drive beneath the once proposed recreational facilities- essentially placing the hillside segments within tunnel, before turning east at the Edmondson Avenue corridor.


Connect the two tunneled segments with an arched bridge across the valley portion, perhaps as an enclosed aerial tunnel concealed at the tops of the arches, beneath a bridge-top promenade that would provide spectacular views of Leakin Park for pedestrians and bicyclists.


Such a plan would greatly mitigate I-70 through Leakin Park itself.


However, the transition across Gwynn Fall is more topographically difficult due to its narrow width and shallow depth- meaning that any bridge crossing would have to have raised approaches, or any tunneled crossing descending sufficiently back

A Stokes Drive tunnel would have to provide for I-70 to rise to meet a bridge to cross over Hilton Parkway, or descend - having sufficient length to do so -- to continue as tunnel beneath and past Gwynn Falls. Then, I-70 would continue upon a diagonal route displacing dwellings in the Rosemont neighborhood in the vicinity of Arunah Avenue for about 2 blocks and the south side of one block of Harlem Avenue before meeting the diagonal west end of Franklin Street. If built as a bridge this would require an elevated approach but with cut and cover tunnel construction, this residential area could be subsequently rebuilt. Such a route would run about one block further west than the routing proposed during the 1960s, and could be further mitigated if permitted to temporarily disturb the northern corner of the graveyard along the south side of Edmondson Avenue.  Such a cut and cover route with restoration atop could use such options as #2 or #3 as shown. 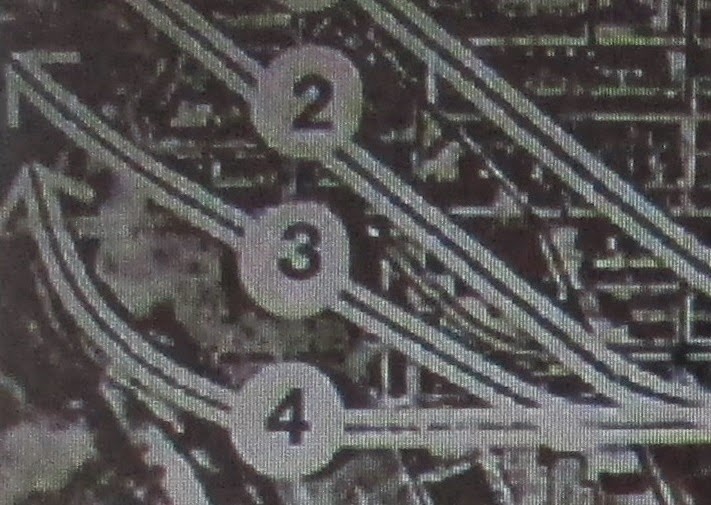 Alternatively, a ridge-top I-70 tunnel initially along Stokes Avenue could turn south along the west bank of Gwynn Falls, displacing the existing grade separated section of Hilton Parkway, and so continue on about the route of the latter past planning, with there being sufficient length to facilitate a transition to a cut and cover tunnel crossing beneath the Gwynn Falls stream valley. If carried to the east side of the RR, this route would displace some dwellings at the end of Kinsey Avenue, a one block segment of Ashurton Street and the end of W Fairmont Avenue; if instead carried to the east side of the RR it would require our cut and cover tunnel to temporarily disturb the southern end of the graveyard. Such a cut and cover tunnel would be longer and this more expensive than one through Rosemont, even with reconstruction and generous financial compensation for those in Rosemont.


This could be either via cut and cover or TBM drilled-moled tunneling.


The latter option would have less surface disruption to construct, and could be done with one or two Seattle 'Bertha' sized tubes, with 2 levels with 2 lanes and 1 shoulder apiece for a total of 4 or 8 lanes.


The recent reconstruction/ lowering of the western end of the Franklin-Mulberry freeway, would be ideal for setting up TBM machinery to drill westwards, and definitely provide sufficient space to drill deep enough to cross beneath Gwynn Falls without disturbing the surface much as the Washington, D.C. WMATA Red line passes deep beneath Rock Creek Park.


Because of the economics of such, it may make more sense for it to follow the Edmondson Avenue-Cooks Lane routing, with a demolition and reconstruction of the existing eastern stub of transcontinental I-70.


- Continue I-70 easterly to ultimately connect with I-95 via east-west freeway, skirting the northern side of the CBD:


Construct as through tunnel downtown beneath MLK Avenue before turning north at Madison Street through parking lots and displacing Maryland Attorney General's Office, then wrapping around northwest side of the Armory Building to turn easterly in tunnel beneath East Preston and or West Mount Royal Avenue to a cut and cover tunnel paralleling the existing railroad tunnel beneath Hoffman Street.  At some point east, this east west freeway would transition to an elevated configuration to connect with I-795, I-95 and I-695.  This would provide far superior freeway network spread and thus serviceability than such along the waterfront.


Decommission existing downtown I-83 segment.  Retain its depressed portion as a covered ramp spur connection to a restored street grid, feeding into a wide boulevard via the right of way of the now elevated segment which would be torn down.

- I-83 is better routed to the west via the MLK corridor, and employing existing viaduct now designated as I-395.

- East-west traffic is better served by a connection via I-70 from Franklin-Mulberry that continues easterly via skirting the northern side of the CBD, before connecting to I-895/I-95 and conceivably I-695, providing far greater connectivity into Baltimore region than an Inner Harbor waterfront freeway that would be more redundant with I-95.

Posted by Douglas Andrew Willinger at 2:42 AM