Planning For Hartford CT I-84 Reconstruction

One of Connecticut's most heavily used freeway segments, used by some 170,000+ vehicles daily.

I-84 in northwestern Hartford Connecticut is largely upon a viaduct, and feeds into a trenched northern east west segment that is partially lidded.

An earlier option to replace this freeway segment with a surface street-boulevard has been abandoned as not meeting the project's needs and in presenting a greater local barrier of the heavy stream of I-84 traffic. 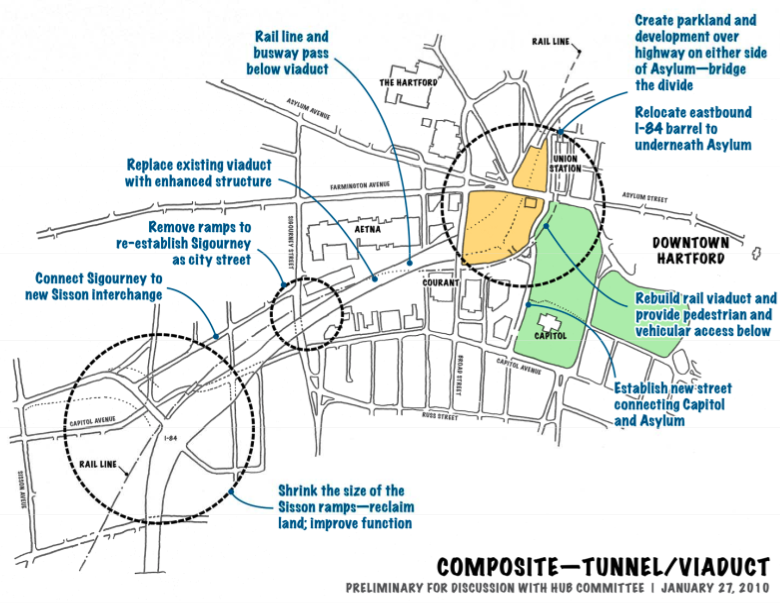 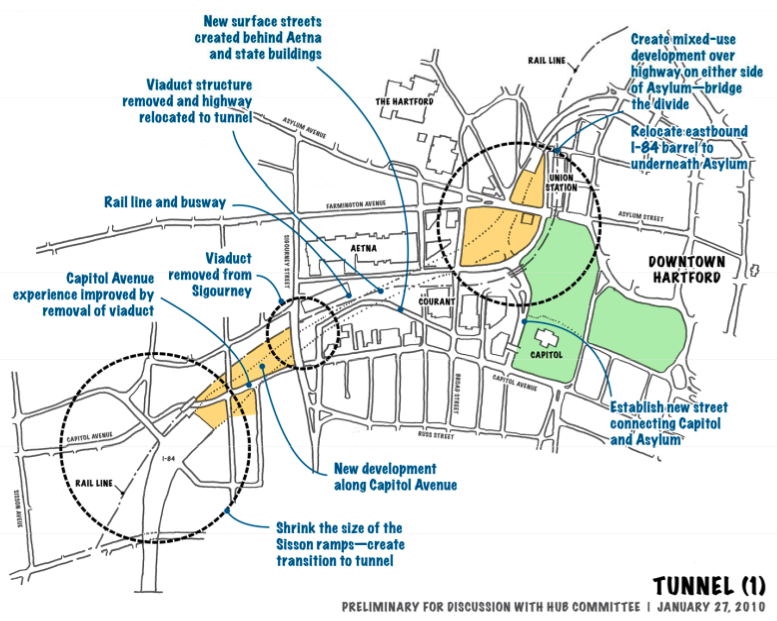 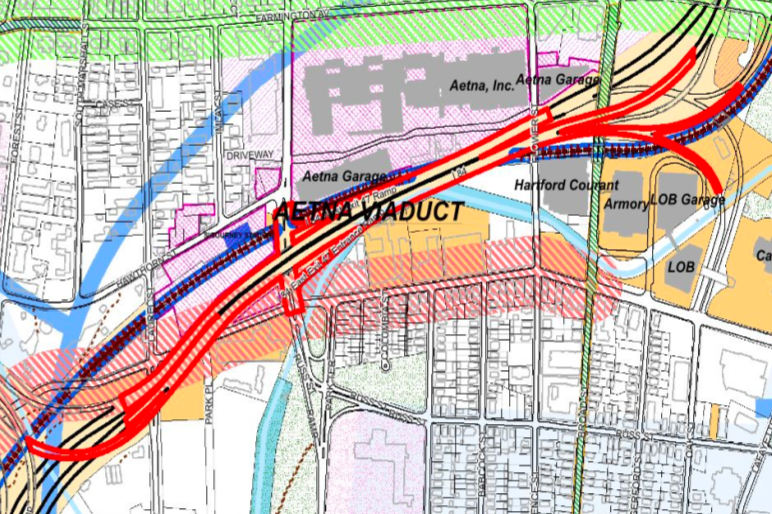 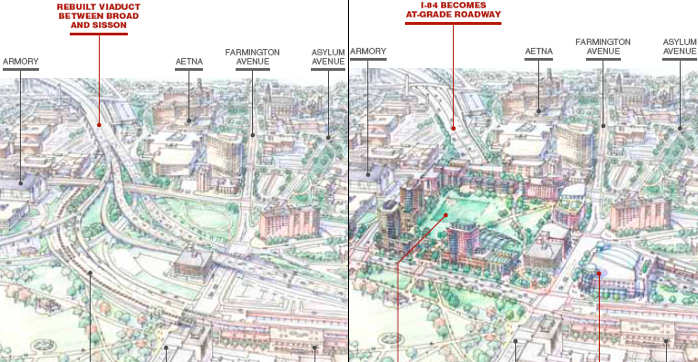 
Complicating this project is the adjacent rail corridor which crosses to the east and then back to the west of the freeway.

Alternative Concept 2:
Viaduct replaced by surface roadway; rail line relocated to north side of I-84; city reconnected
across highway- includes short tunnel segment in the vicinity of the Amtrak Station

Alternative Concept 3:
Viaduct replaced by tunnel, including that in the vicinity of the Amtrak Station, but extending southwards past the Aetna Center; rail
line relocated to north side of I-84; city reconnected across highway

Reconstruct elevated portion of I-91 in tunnel or in trench that is partially lidded as tunnel, and designed to have additional segments subsequently lidded, as per Cincinnati's I-71 Fort Washington Way project.

Although the current official planning merely addresses I-84, there are voices calling for the project to include a short cut and cover tunnel spur to connect with the already constructed Whitehead Freeway, as per the previous proposal for an I-484 Colon Whitehead Connector. 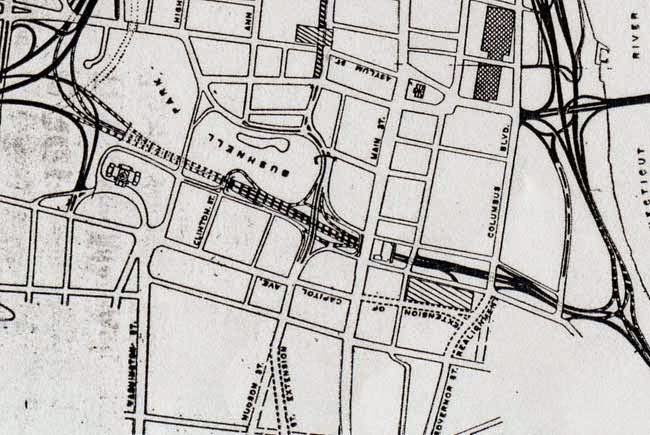 I-484 Tunnel beneath Bushnell Park

Such a connector could be updated by constructing new lids atop the Whitehead trenched freeway, near Pulaski Circle to the west and to Columbus Boulevard to the east.  Lower the Whitehead roadbed to clear the historic overhead crossing so as to provide 2 lanes in each direction.  Or disassemble and reassemble that historic bridge relocated into a new location, and perhaps build the connector with 3 lanes per direction.

Likewise, the ramp connections from the west could be covered as a part of a project reconstructing the adjoining I-84 segment as a lidded- cut and cover tunnel.

Such a connection would be unobtrusive as a tunnel, and serve as a relief route from the northern Hartford CT I-84 segment.

Posted by Douglas Andrew Willinger at 7:00 AM