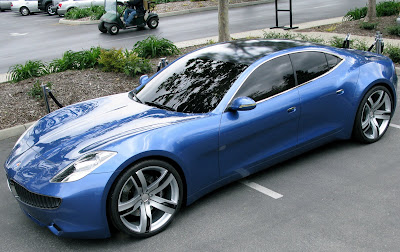 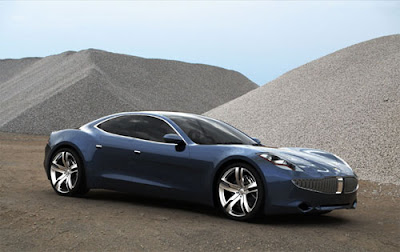 Fisker Karma- plug in serial hybrid electric drive-train by Quantum Technologies: uses its combustion engine solely for charging its lithium-ion batteries, avoiding the complexities of clutching-transmissions of standard hybrids. This would be the 1st serial hybrid within the US for an automobile: diesel locomotives in use for decades are serial hybrids, given that electric is superior to combustion for propulsion, e.g. superior torque curve. Has plug in capability to allow charging from the grid and/or a solar panel kit for a 50 mile range before resorting to a small 4 cylinder engine for battery charging; includes regenerative ability to recover energy lost to braking. 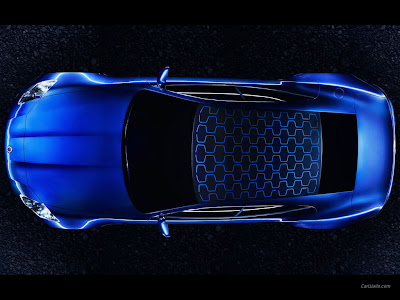 Has an optional roof solar panel for stationary air conditioning and trickle charging its batteries.

Demonstrates human ingenuity to preserve mobility to the chagrin of the new medievalists/neo feudalists who presume that the "profane" will abandon private automobiles for slow street cars (trolleys) so that the elites have more room upon the existing roads for themselves. 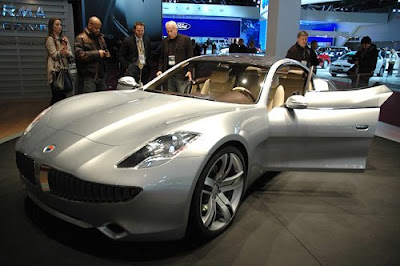 Is shown as a 4 door pillarless -- no "B" post -- "hardtop": a body style not produced in the United States of America since the 1978 Chrysler New Yorker; however the prototype below undergoing testing alas shows a "B" pillar (look through its windshield), suggesting that they may be wimping out as Chrysler did with its 2008 Challenger, and GM with its 2009 Camaro. 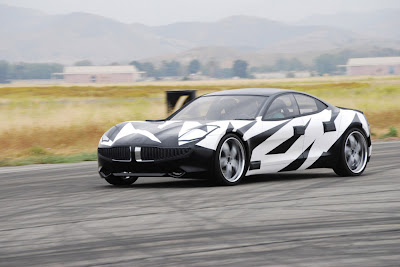 Price: $80,000 - $100,000, which is not that much more than a 12 cylinder BMW sedan, and which will go down as the costs of the new technologies are amortized over a larger production.