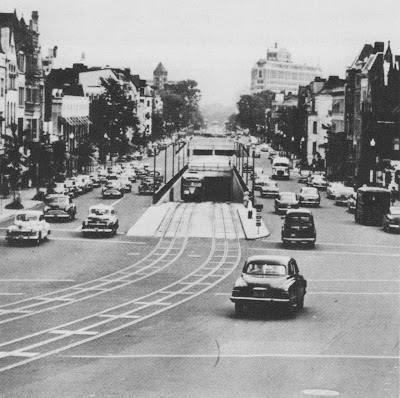 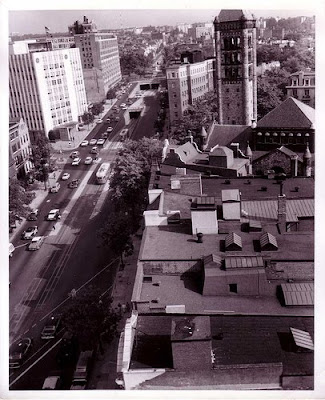 South Portals
http://www.ddot.dc.gov/ddot/cwp/view,a,1250,q,639677.asp
The set of portals for the streetcars -- those portals furthest away from the circle -- were sealed during the early 1960s.

There existence points to a time when official transportation planning literally covered vehicular roads and rail transit, only to be followed by a popularized single-mindedness during the 1960s of planning only one to grow, while ignoring the other.
Posted by Douglas Andrew Willinger at 7:04 PM