Mandatory For Any Trenched Freeway Project


Install the necessary support substructure before project completion in order to make it easier to add extra lid segments later.


To get an idea of what this may involve, see the following photos of the recent (1998-2000) $323 million reconstruction of the I-71 Fort Washington Way segment in Cincinnati, Ohio. 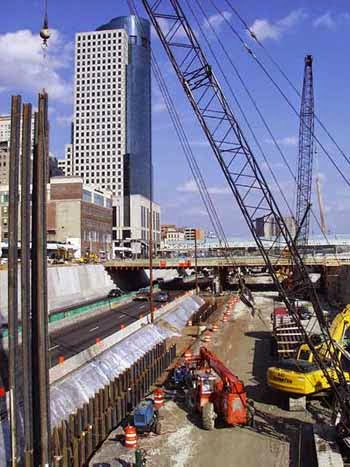 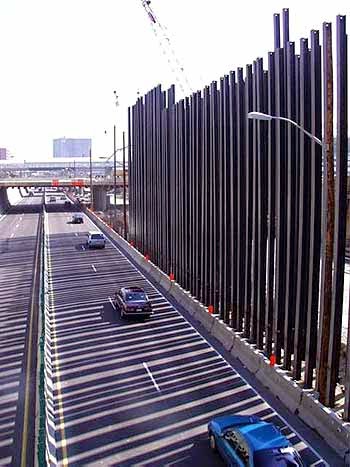 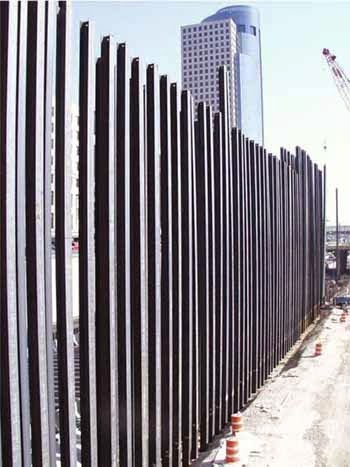 
Funding for the pile driving was secured and actual work took place from Feb 2000 through August. Four decks of various sizes between originally planned overpasses will combine for a total tunnel length of 1200ft. 750 piles were driven, with 3 rows of 250 along the north edge, south edge, and median between the eastbound and westbound lanes. The cost of the pile driving was $10 million and estimated cost of the future supports and actual decking is $46 million. $14 million was saved by driving the piles before reconstruction was complete. The deck will not be built until at least 2005, when development south of the expressway is complete. The deck itself will be designated as a park, and so therefore will be eligible for funds from additional sources

Posted by Douglas Andrew Willinger at 7:00 AM